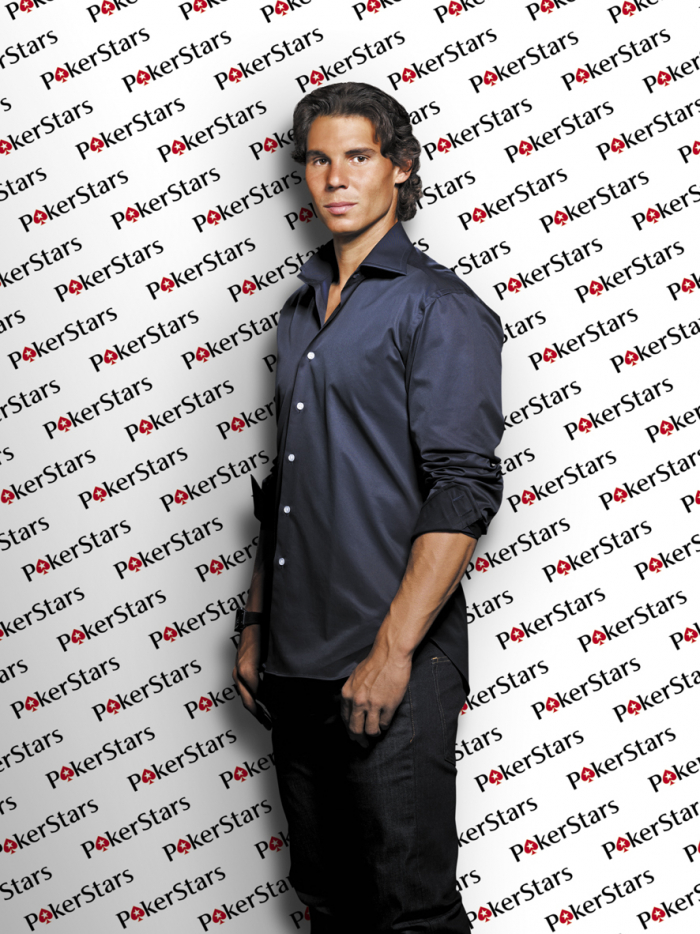 Known globally for his fierce competitive spirit, the 26-year-old Spanish superstar is keen to learn the game of poker. Through mentorship with PokerStars pros and playing online, Rafa will draw on many of the skills he uses to such great effect on the tennis court to improve his game one step at a time.

“It’s no secret that I love to compete and try my very best in everything, whether that’s tennis, golf or video games,” Nadal said. “When I discovered the game of poker, I chose to join PokerStars because they understand what it takes to be the best and associate themselves with the qualities of champions. I’m very happy to be working with them.”

Rafa will play poker in spare moments this summer while he concentrates on his tennis. In the Autumn, he will be able to devote more time to poker and to representing PokerStars in online tournaments, in advertising campaigns and at charity events. Details of these will be announced in the coming months.

“Rafa Nadal represents all that is great about competition – the mix of talent, intellect, dedication and mental strength that you find in champions in every sport,” said Mark Scheinberg, PokerStars Chairman of the Board. “We are proud to have Rafa as an ambassador for the brand and excited at the opportunity to help him enjoy and improve his game.”

Rafa joins a stable of elite athletes who have chosen poker as their “other game” and who play with PokerStars, including other Olympic medallists. He will play a key role in introducing new players to the game of poker, particularly in his native Spain where online poker is surging in popularity following the recent awarding of government licenses to operate online poker.

PokerStars is committed to providing regulated, safe and secure environments for poker players of all skill levels and is the choice of more poker players than any other site. Sign up for PokerStars through RakeTheRake for an equivalent rakeback deal of up to 80% and a PokerStars bonus!

Consumers are invited to join Rafa on his journey to improve his poker game at a dedicate site: http://www.pokerstars.com/poker/promotions/rafa-nadal/. Twitter followers can participate in the conversation about Rafa's poker playing by using #nadalpoker.