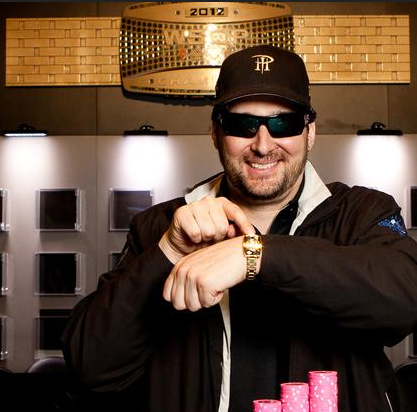 RakeTheRake's CEO (and avid Neil Diamond fan) correctly predicted nearly two years ago - through the power of dreams - that Phil Hellmuth would win his 12th WSOP Bracelet in 2012. In an email sent to the legendary pro on 27th July 2010, RakeTheRake's CEO said:

Phil I hope this finds you and yours well

I see number 12 eluded you this year but I dreamt 3 days ago that you get the 12th in 2012 and it was on the same day that I won Gold at the Olympics in the 110m hurdles. I will gladly see my dreams of Olympic gold shattered if it means you get to 12 in 2011 instead or better yet 2010.
He might not quite possess the powers of prediction that made Paul The Octopus a betting oracle and global celebrity, but RakeTheRake's very own Diamond devotee was undeniably bang on the money about Phil's 12th WSOP bracelet win. Phil Hellmuth recently took down the 2012 WSOP 'Event 18: Razz' to walk away with $182,793 and, more importantly to him, a record-breaking 12th World Series of Poker bracelet. Through a field of 309 players, Don Zewin and Phil emerged as the final two, playing heads-up for over two hours before Hellmuth popped out a 10 on 7th street to make A-2-4-10-J. Don Zewin needed A, 2, 4, 5, 7 or 8, but paired his nine instead - at which point he looked at Hellmuth and simply said "You win".

The RakeTheRake chief's prediction for Hellmuth's big 2012 win has certainly come true, but we are as yet to see him make any progress towards his own predicted big win in the 110m hurdles at this year's Olympics; he is however dedicating a great deal of time to some unique renditions of 'Sweet Caroline' and 'You Don't Bring Me Flowers'.

Stay tuned for more incredible predictions (announced post-occurence just to be sure) from RakeTheRake.