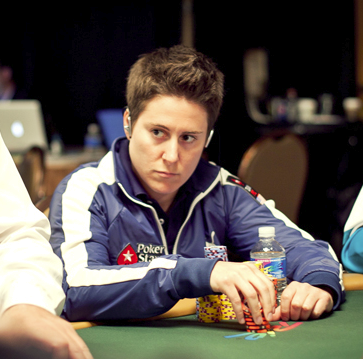 Vanessa Selbst is already one of the greatest female poker players of all-time. For evidence of this fact, you need only consider that she’s accomplished the following by age 27:

As you can see, her status among the best female players ever has definitely been cemented. However, Selbst recently added to her illustrious career by winning yet another huge WSOP tournament. That said, let’s take a look at what led up to her big win.

Mixed Game Master
Pitted against some of the world’s best all-around poker players in the Event #52 10-Game tournament, Vanessa Selbst definitely had her work cut out for her. However, she was still able to navigate through the 421-player field in this $2,500 buy-in event and on towards victory.

The Yale Law School student faced a final table that included Swedish poker legend Chris Bjorin and noted poker pro Tom Chambers. But in the end, it didn’t matter who was at Selbst’s table as she made short work of them all en route to a second gold bracelet. Following the win, Selbst told reporters that she benefited greatly after winning several huge pots in the Stud Hi/Low portion of the tournament; this enabled her to push the chip advantage in later portions of the 10-Game event.

Historic Accomplishment
With her second bracelet, Vanessa Selbst has become just the sixth woman ever to capture at least two gold bracelets. Furthermore, she’s only the second female player to win two open entry WSOP tournaments; Jennifer Harman is the other person. This definitely puts Selbst into some elite company and begs the question of if she’s become the best female player of all-time.

After all, she’s second in tournament winnings among women and has experienced success in the more competitive modern poker age – as opposed to all-time leader Kathy Liebert ($5,845,352), who made most of her earnings in the early and mid-2000’s. In the end, there are some very good female poker tournament players, but you can definitely make a case for Vanessa Selbst being the best of them all.