Michael Mizrachi explains how Poker Players can be Business Successes 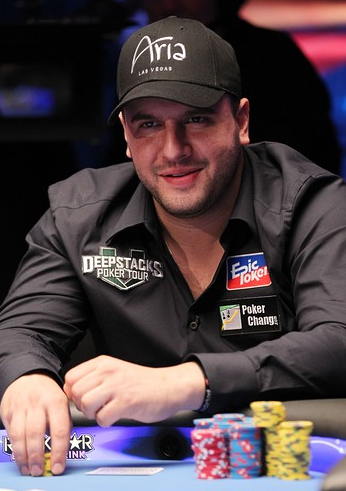 Poker players aren’t usually the first stop for those who are seeking business advice. After all, the general public mistakenly often view live and online poker pros as degenerate gamblers – rather than mathematically adept people who treat bankroll management as a top priority. But the truth is that some pros like Michael “The Grinder” Mizrachi have a good handle on both business and playing poker. The Wall Street Journal realized this, which is why they recently spoke to Mizrachi about his business advice.

From Bust to Robust
As evidenced by his real estate failures in the late 2000's, "The Grinder" hasn’t always been a smart businessman; Mizrachi was so broke at one point that he owed the government over $340k in back-taxes. He told the Wall Street Journal about his bad investments, saying: “I bought some real estate when it was super high in 2005 and everything just plummeted and it was a big hit for me.”
Perhaps the busted real estate deal is the reason the Florida native has chosen to take advice from his poker predecessors: “The best advice I’ve gotten from all the big-time players and all the players who just know how to manage their money is just stick to what you’re good at.”

With $14,074,764 in career poker tournament winnings and three WSOP bracelets, Mizrachi is obviously good at poker, which is why a large portion of his money goes towards the game. Beyond investing in his bankroll and making sure to get top rakeback deals for online poker, the 31-year-old also owns the Mizrachi Dealer Academy. This South Florida poker school has been very successful since its inception with plenty of dealers graduating from here.

Comfort Zone
In addition to sticking with what he’s good at in business, Michael Mizrachi also knows his limitations on the poker tables too: “You should always have limitations and be comfortable with what you can afford. I always put myself in that situation where I’m comfortable in the game.”

Although simple, Mizrachi’s tip couldn’t be more true given that poker players definitely benefit from grinding low stakes games that they’re comfortable with. If you’re interested in seeing what else he had to say, you should read the Wall Street Journal article A Poker Pro Shares What Gambling Can Teach You About Business.