Uncle Broomcorn's Odd Edge: News from the Fringes of Normality No. 2 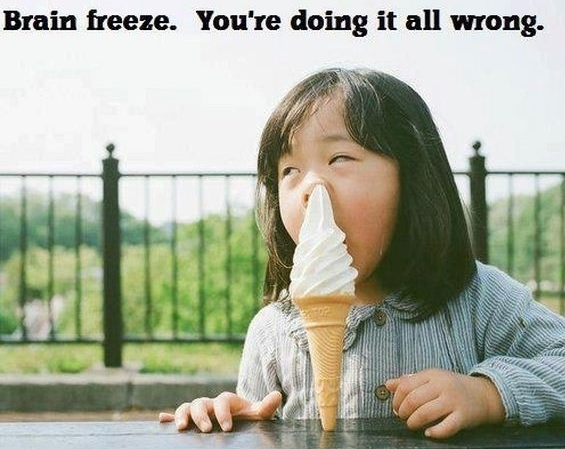 Welcome to the second instalment of Uncle Broomcorn’s Odd Edge – a roundup of news stories from the weird to the astounding.

Most people are near obsessed with getting their bronze on during the summer, and the beach is often the place to find scantily clad sun worshipers – but not at certain beaches in China, where beach-goers have been donning ‘Facekinis’ to avoid getting a tan. They’ve become very popular amongst people wishing to maintain a paler skin tone, or simply avoid the sun and the potentially harmful effects of overexposure.

Because ‘Facekinis’ essentially look like beach balaclavas - only exposing the eyes, mouth, and nostrils – it has led to some worries that Facekinis will become the fashion conscious bank robber’s garment of choice.

If you’re looking to snag yourself one of these summer must-haves – whether you wish to remain pale, or simply conceal your identity at the beach - then you should know that orange is apparently the colour of choice if you wish to ward off sea creatures.

From unusual levels of concealment to exposing too much ...

We’re all desperate to keep cool during summer time, and perhaps no more so then we’re at work, but one Aussie taxi driver might’ve taken a step too far in a bid to keep cool – at least for the tastes of one of his passengers.

Jessie Gravatt had been out in Perth for the evening with friends and, expecting nothing out of the ordinary, hailed a taxi to take her home. It didn’t take long though for Jessie to realise that her taxi driver wasn’t wearing anything on his bottom half, telling reporters “the only clothing I could see on this guy was his work shirt”!
The driver insists he was in fact wearing shorts, but that they must just not’ve been visible to his passenger... perhaps you need some bigger shorts then, mate.

Ice cream, Ice lollys, cold drinks – all of these are a great way to fight the heat, but all too often these efforts can be spoiled by the dreaded... BRAIN FREEZE! Everyone’s had it, and nobody likes it, but some new research is helping to explain why we get it and how we can get rid of it.

When you eat or drink something seriously cold, it touches the roof of your mouth and immediately signals to the brain that this rapid temperature drop has happened. The “brain freeze” headache comes about because blood surges to the front of your head to try and counteract this sudden cold plunge. This surge of blood creates pressure in the skull which the brain processes as pain.

This understanding of why we get these sharp headaches when we eat or drink very cold things means we can better try to avoid it. Here are some top tips for quickly banishing brain freeze...

1. Slow down!
It’s the sudden surge that causes such a significant change in temperature; if you slow down then the roof of your mouth will simply not cool down as much.

2. Curl Your Tongue
If you can curl up your tongue then use this to your advantage. Flipping the warm underside of your tongue to touch the roof of your mouth will help bring the temperature back up so the brain doesn’t counteract the cold with a sudden rush of blood.

James Albert Barfield and his girlfriend Tina Michelle Norris each went out alone on the night of Sunday 19th August. In the early hours of Monday morning, Barfield bought another woman back to the couples home to secretly have sex with, only to discover that his girlfriend had already brought home two men for herself with much the same thing in mind!

James Barfield and Tina Norris were both furious to discover the others unfaithful acts, and subsequently fought violently, naked and screaming, breaking several objects all over the house. When the police arrived at around 6am, they found the pair still naked, still drunk, and not willing to cooperate; Tina Norris refused to put her clothes back on at all in fact. Both Norris and Barfield were charged with domestic battery, and Norris was additionally charged with resisting arrest.

There you have it, a very modern day (true) cautionary tale: don’t cheat on your partner because you’ll inevitably end up finding them doing the same thing and then you’ll have a violent, naked disagreement about it all and the police will have to get involved and then I'll write about it on RakeTheRake.