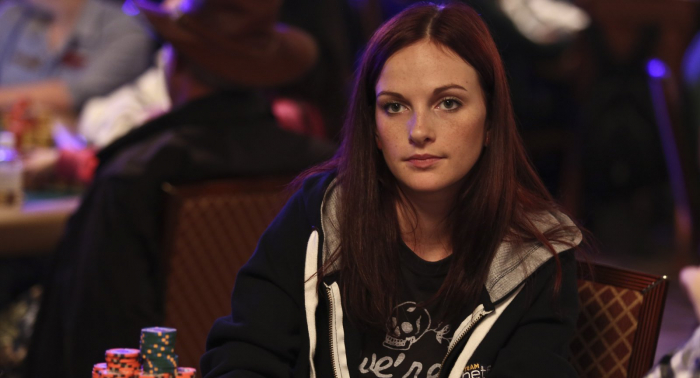 Just one month ago, Elisabeth Hille was living a typical life as a waitress in Norway. However, Hille’s life is anything but typical now after an excellent run through the 2012 WSOP Main Event that saw her finish 11th place and earn $590,442. Hille has also recently signed a deal with Betfair Poker, and so looks set to be one of poker's next big stars.

What a Great Boyfriend
Following a 22nd place finish in the WSOP Event #59 $1,000 No-Limit Hold’em tournament ($20,499), Elisabeth's boyfriend Harald Olsen gave half of his winnings to Hille. Olsen, who also plays at Betfair, wanted to see how his girlfriend would do in the $10k buy-in Main Event, and so decided to give her the money. When looking at Hille’s $590k cash, Olsen’s decision was definitely a good one since he received 50% of the winnings for staking her!

Elisabeth Hille finds herself in good company with her recent signing to Betfair, and she’ll be joining the following Team Betfair pros:


Role Model
Although there are plenty of online poker players in Norway, the general Norwegian population doesn’t have a strong understanding of the game. Hille explained this, saying: “Poker is a very misunderstood game in Norway. I’d love it if more Norwegian girls got into poker because most of it is all online right now. I fell in love with the game straight away.” Now, with her recent WSOP win and Betfair Poker sponsorship, Elisabeth Hille will be able to play a key role in inspiring more Norwegian women to play poker.

Betfair Poker Bonus
If you’d like to play with the poker pros at Betfair, make sure to sign up for Betfair Poker through RakeTheRake - you’ll get the best rakeback deal and a Betfair sign-up bonus worth up to $2,500!