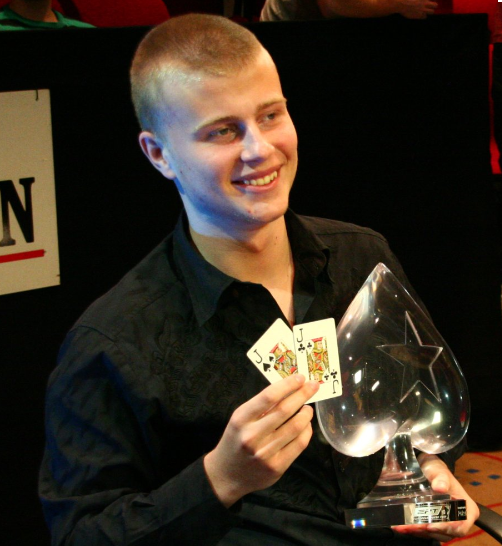 At this point, it’s pretty safe to say that Jens Kyllonen is one of the best poker players in the world. Just looking at his PokerStars results under the name “Jeans89” will reveal that the Finnish high stakes pro has made nearly $3 million in profits. And this doesn’t even include all of the money he’s made on other poker sites! Now that the 22-year-old has seemingly conquered online poker and made millions of dollars in the process, it’s no surprise that he’s looking for new challenges. And the latest conquest that Kyllonen is setting his sights on involves outer space.

Spending on Space
Only a small percentage of people have ever left Earth’s atmosphere, and most of them are highly-trained astronauts. However, billionaire Richard Branson is giving regular people the chance to visit outer space without spending years training in a NASA program. Instead, they spend a few days training at a New Mexico facility before embarking on a Virgin Galactic space trip.

Of course, not just anybody can hop on the space shuttle and hit zero gravity because the cost of this adventure is $200,000. For the average person, affording this price tag means years spent working at a dead-end job, driving a used minivan and penny-pinching. For Kyllonen, $200k is merely a good night on the cyber felt.

Living out a Dream
Before you start assuming Kyllonen thought up this outer space idea after a long and drunken night at the pub, it’s important to realize how he’s had this dream for a while. The PLO expert talked about the space trip by saying, “I’ve always been fascinated with space and now that I have the opportunity to be within the first people going, I just felt like I had to do it. I’ll probably be going in 2014.”

He also spoke about the training aspect by adding, “There is a 3-4 day training period at the spaceport in New Mexico before the flight, but other than that there isn’t any need for it. As long as you don’t have certain diseases you can go even if you are old or in bad shape.”

Based on his comments, it’ll be a couple years before Jens Kyllonen blasts off, so he’s got some time to day-dream about his space trip while grinding in poker games.