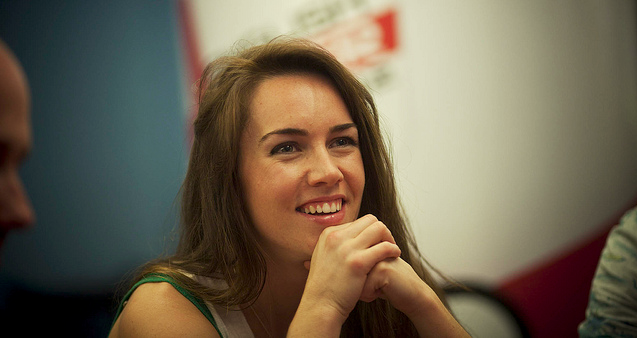 The top English poker pros and personalities were recently in London for the 2012 British Poker Awards. And Sam Trickett, Liv Boeree and Chris Moorman shined the brightest on this night after taking home top honors. Trickett takes Best Awards
Based on the outstanding year that he had, it’s no wonder why Trickett captured the awards for “Best Cash Player,” “Best Tournament Player” and “Player of the Year.” His tournament success was well-documented after he finished second in the 2012 WSOP Big One for One Drop, which earned him $10,112,001. In the past two years alone, he’s collected a staggering sum of $15,764,223.

Trickett is also known as one of the world’s best ring game players – as evidenced by the awards – and he’s won as much as $2 million (HKD$15 million) in a single Macau session. After winning his honors, Trickett tweeted, “Won best cash player/best tourney player and Player of the Year!!! Thanks to everyone for all ur support! Ur all legends.”

Online Poker King
Chris Moorman is another player who received a very prestigious award when he was named “Best Online Player.” Seeing as how Moorman holds the record for most online poker tournament winnings with $8,215,519, it’s no surprise that he was dubbed the top internet grinder. Based on all the money Moorman has won, you might want to check out our speculation on how much rakeback he’s received. Other Winners
The “Poker Personality of the Year” award went to Liv Boeree, which certainly makes sense because she’s a very popular and well-received player. American Vanessa Selbst received “Best International Player” honors for her outstanding play in the WSOP, WSOPE and EPT over the past year. If you’re interested in seeing all of the British Poker Awards, you can take a look at them below: