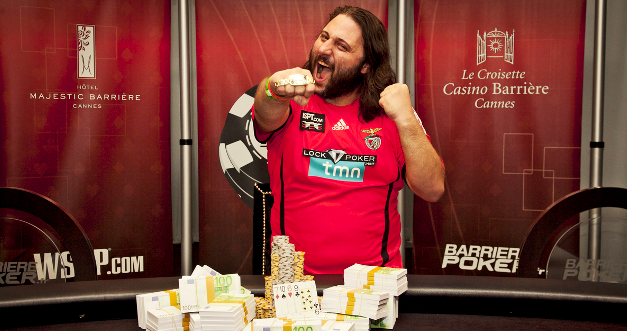 Over the past few years, Francisco Da Costa Santos has established himself as an excellent online poker player, which prompted Lock Poker to sign the Portugal native. However, he’s only had moderate success in live tournaments with around $42k in winnings.

Gaining Popularity
Besides furthering his live poker reputation, Da Costa Santos’ victory could have major implications for the game in Portugal. He spoke about this by saying, “Poker is very new in my country.” He added, “We do not have so many players right now. But I think it’s going to catch on and be more popular. There are a lot of younger players now who are starting to get interested in the game.”

Thanks to his bracelet win, it’s a good bet that “YuranPt” will inspire many of these young Portuguese grinders to play more poker. He now has $144,471 in live tournament winnings to go along with all of the profits and rakeback he’s earned at Lock Poker.

Oh So Close
As mentioned before, Spanish poker pro Ana Marquez made a strong run at the Event #6 title before coming up just short. And she was very gracious in defeat after saying, “I am so happy for him. Francisco winning is almost like me winning – that’s how happy I am.”

But as joyous as she may be for Da Costa Santos, it’s likely that Marquez regrets not winning one for the ladies. With Marquez’s near miss, Annette Obrestad remains the only female to win a WSOPE tournament, which she did in the 2007 Main Event (₤1 million). Even without a bracelet, Marquez has had a very good poker career since she’s made $345,225 in live tourneys, which ranks her 22nd on Spain’s all-time winnings list.