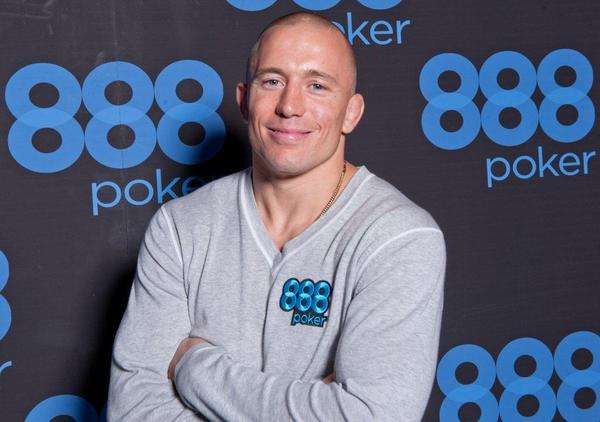 Over the summer, mixed martial arts star Georges St-Pierre became one of the biggest signings in online poker history when he inked a deal with 888Poker. And the Canadian recently made his sponsor very proud after defending his UFC Welterweight Championship against Carlos Condit through a unanimous decision win.

Fight Recap
As for how the fight played out at UFC 154, St-Pierre was largely able to control the fight throughout the five rounds. However, there was a scary point in the third round where a head kick knocked GSP to the ground and allowed Condit a chance to win. However, the challenger couldn’t finish the deal, GSP cleared his head, and the match remained pretty one-sided from here on out.

Impressive Career
Thanks to his latest victory, Georges St-Pierre now has a very impressive 23-2 MMA record. It’s worth mentioning that St-Pierre has now successfully defended his UFC Welterweight belt in seven straight matches, which ties Matt Hughes for the record. Based on these accomplishments, it’s no wonder why GSP is considered by some to be the world’s top pound-for-pound fighter.

What about Poker?
While St-Pierre’s MMA career is certainly fascinating, this is a poker site so we’re most concerned about what he’s accomplished on the felt. So far, the only tournament we know of that GSP has played is the 2012 WSOP Main Event. He was eliminated on the first day of the Main Event by a Dutch amateur named Stephan Patz. This may have been pretty disappointing for GSP, but it provided Patz with quite a story to tell. He qualified for the tournament after spending a few dollars on a satellite, which eventually turned into a $10k ME seat.

Back to St-Pierre, 888Poker probably realizes that he’ll never be the world’s top poker player. However, you can guarantee that they’re rooting for him every time he steps into the Octagon!