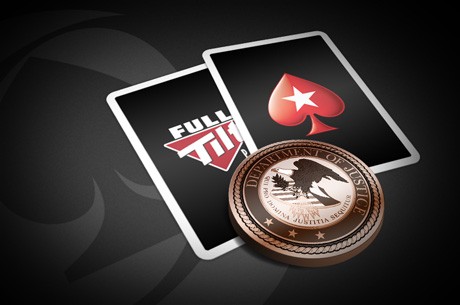 When the Rational Group purchased Full Tilt Poker for $730 million towards the end of the summer, many players rejoiced. After all, this expensive deal with the US Department of Justice was supposed to mean that every old Full Tilt player would get repaid. And so far, everybody has gotten repaid… except for those living in the United States.

US Full Tilt players are owed a collective $200 million from the Department of Justice. But here we are months later, and Americans have yet to get their money. What’s worse is that Poker Players Alliance President John Pappas said the US DoJ has done little to get players repaid. Because of this, part of the poker community is getting worried and thinking back to the NETeller debacle of 2007.

Is History repeating itself?
Prior to 2007, NETeller was the best way for US players to make deposits/withdrawals at poker sites. However, the American government arrested NETeller’s founders and essentially forced the e-wallet out of the US market. Following these actions, the likely scenario should’ve involved players getting their deposits back.

However, the federal government took a large chunk of the money and essentially told people that they shouldn’t have been playing online poker. After players protested heavily, the US government teamed up with NETeller to hire Navigant Consulting to facilitate payouts. Unfortunately, this took forever and some players didn’t even get their money because they were unaware of the process.

Keeping this story in mind, people fear that the Full Tilt Poker situation could be headed down the same road. First off, the US DoJ took legal action against Full Tilt just like they had with NETeller. Secondly, Americans have been waiting a long time for their payouts to come. One more troubling factor is that the DoJ already has the estimated $200 million players are owed, but hasn’t made a serious effort to pay back the money.

Should Players be alarmed?
The lengthy delay with Full Tilt repayments is unsettling to say the least. But does this mean it’s time to panic yet? Not quite because Pappas and others are working feverously to help grinders get their money back. Pappas is even trying to get some sort of monetary value out of the Full Tilt Points that Americans still have left on the site.

Of course, the bottom line is that it’s hard to have total confidence in this process until US players actually receive their funds. Seeing as how $200 million is at stake here, it’s unlikely that the US DoJ will attempt to keep almost everything like with the NETeller situation (in the beginning). But the repayment delay has been bad enough so far!