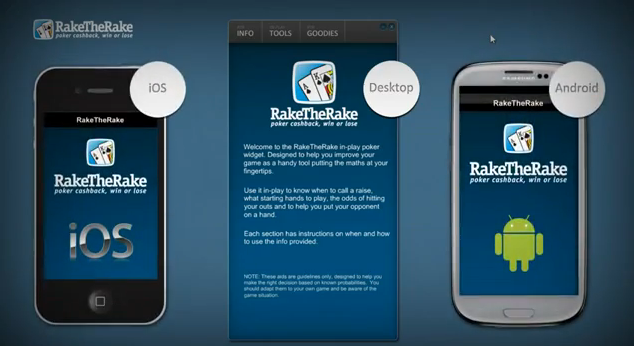 One of the biggest online poker trends lately involves players grinding through their iPads, iPhones and Androids. By playing poker through a mobile device, you gain a huge advantage in the convenience department. For example, if you were on a long airplane ride, you could play a few hundred poker hands to pass the time.

The only problem with mobile poker is that only a handful of sites are offering wireless play. This being the case, many people wonder if they can still get rakeback by playing online poker through a mobile device. So it’s definitely worth discussing this matter further.

Nothing Guaranteed
Unfortunately, none of the current mobile poker sites offer a set rakeback deal; instead, all of these rooms feature VIP rakeback offers. Below you can see available mobile sites along with their rakeback method:


As you can see, it’s pretty murky regarding how much rakeback you can count on through these rooms. So many mobile players will have to work hard in order to earn money back on their generated rake. And this doesn’t exactly bode well for casual, micro stakes grinders. But if you play quite a bit of online poker already, you’ll have a decent chance of earning rakeback through mobile devices.

Looking to the Future
If you’re a low stakes mobile poker player who longs for set rakeback deals, you may not have to wait forever. After all, mobile gaming is becoming a large part of the poker world, and it won’t be long before most sites are offering this option. So keep an eye on rakeback-friendly poker rooms and watch to see when they release mobile apps.