Uncle Broomcorn’s Odd Edge: News from the Fringes of Normality No. 4 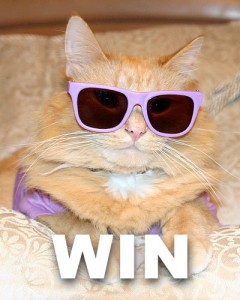 You’re probably convinced that some of your colleagues are in fact robots, but more accurately these humanoid-a-likes are probably (at best), merely cyborgs – humans modified with mechanical additions. However, the appearance of actual robots in the work place is now a well established reality.

A fair way from the robot maid of The Jetsons, real robots in the workplace look more like little upturned washing-up bowls on wheels; less Rosie the Maid and more Dalek - but vertically challenged, compliant, and not very menacing. This video shows how an army of little orange ‘bots are the ideal workforce for finding, collecting, and delivering items from a huge array of goods in giant warehouses and storage depots. These robots are radically transforming the way that Quiet Logistics are doing business.

Then there’s these robots who make up the band "Compressorhead" and are clearly gunning for Motorhead’s jobs.

The internet has allowed the public to petition powers that be for changes in the law far more instantly and conveniently than ever before; and so on top of all the badly spelt, reactionary, misinformed rubbish that you might expect to be submitted by angry people who think that paediatricians are employed by hospitals to sexually assault children, there are actually some pretty funny ones – such as the petition to build a Death Star that has been making the news recently.

The reason it’s made the news is because the White House in a (some would say uncharacteristic) display of good humour actually responded, outlining why they will not be building a Death Star in an official reply dubbed “This Isn’t the Petition Response You’re Looking For.” If you don’t get the joke then you haven‘t seen Star Wars and nothing about this will seem funny or make any sense to you... so go and watch Star Wars.

Cats are better at Investment than Humans.
As if being ousted by robots wasn’t bad enough, cats are now also better than humans... at stock-picking. As you might’ve guessed that is not actually altogether true, but one experiment carried out by The Observer, ‘The Share Portfolio Challenge,’ pitted experienced pro stock pickers against students from the John Warner School in Hoddesdon, Hertfordshire, and a Cat called Orlando.
Each team - Team Pro, Team Student, and Team Orlando the Cat – was given an imaginary £5,000 to invest in 5 companies of their choosing from the FTSE share index at the start of 2012. They were given the chance every 3 months to swap any stocks they wanted to. The professionals relied on years and years of investment knowledge to make their choices, while Orlando the Cat threw his favourite toy mouse onto a grid, where different numbers represented different companies.
At the start of the final quarter, the pros were beating Orlando by a profit difference of over £200, but the final numbers at the end of the year looked like this... Hey, nobody’s purrfect but Orlando certainly won by more than a whisker... He’s definitely the cat that got the cream... Stop it meow.

If you'd rather read some poker and rakeback news rather than this tripe, then sign up to the RakeTheRake email newsletter. Subscribers hear about the latest tourneys, freerolls, promotions, and rakeback offers before anyone else.