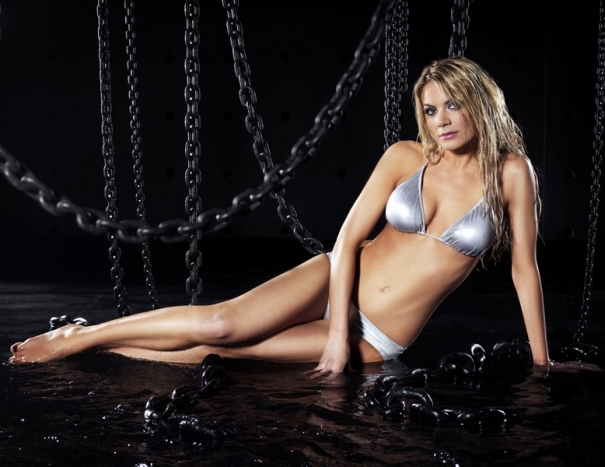 Sky Poker literally just got a lot more attractive after signing British model and TV presenter Charlotte Jackson to a deal. Her official title will be the “Poker Ambassador to Sky Poker,” and she’ll play on the site under the name ‘CharlotteJ.’ Jackson will also make appearances on Sky Poker TV, which certainly makes sense based on her television background.

Speaking of which, a great deal of Jackson’s fame comes through her show-hosting jobs. She’s been a presenter on Sky Sports News since 2009 and has hosted a number of TV specials such as Setana Sports News, ITV’s 71 Degrees North and ITV’s The Big Quiz – Sports Special.

It’s no surprise that Jackson has done so many sports-related shows because she played both lacrosse and tennis for Hampshire, and her mother played lacrosse for England’s national team. Charlotte was also on the reality television show Splash, where she took diving lessons and competed in front of judges; the 33-year-old made the quarterfinals, only to be eliminated after breaking her toe.

As if being an athlete and TV presenter isn’t enough, Jackson is also a writer and singer. She’s written for numerous sports websites, including Football365, Golf365, TEAMtalk and Sportal.com. The highlight of her singing career was providing backup vocals for best-selling artist Tony Christie.

With everything that she’s done in the entertainment and sports world, Charlotte Jackson should definitely be a great ambassador for Sky Poker. Of course, the site itself already does a solid job of appealing to the online poker world. This poker room offers a number of excellent deals, including numerous freerolls, high roller tournaments, a VIP program, timed tournaments (end when time is up), and the ability to exchange VIP points for cash. This being said, players have lots of chances to win free money and bonuses at Sky Poker!