Win a $3k Package and play Live on the Poker Channel 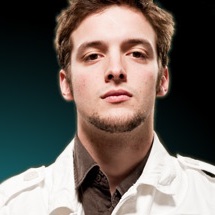 On March 27th, 2013, all four Team PKR Pros and several online qualifiers will gather for the London Cash Game. This $5/$10 NL Hold’em game is going to be shown on London’s Poker Channel, which is broadcast to 30 countries. Assuming you’d like to get some camera time and compete against elite pros, here’s a look at how you can qualify for the London Cash Game.

Winning a Prize Package
In all, three online qualifiers will be selected to compete in the Poker Channel cash game. To be eligible for qualification, you need to hit a February points goal that varies based on your Club PKR level. Here’s a look at each points target:

Seeing as how players earn 100 points for every $1 generated in cash game or tournament rake, these goals aren’t entirely unreasonable. Assuming your goal is met, you’ll be invited to a special lottery on March 7th for your respective Club PKR level. There will be three total lotteries, and the winner of each one earns a $3,000 London Cash Game prize package.


Meet Team PKR
If you’re interested in playing on the Poker Channel in front of thousands of TV viewers, it’s important to know the competition. That said, we’ve listed each of the four PKR Pros that’ll be participating along with their respective accomplishments:

Sofia ‘wellbet’ Lovgren: Lovgren, who’s a cash game specialist, is the first female ever to join Team PKR. The Swede has collected over $80,000 in live tournaments and hundreds of thousands in cash games.

Scott Shelley: A former customer support rep, Shelley hit the big-time after winning the 2010 WSOPE £1,000 NL Hold’em tourney along with $206,499. He then quit his day job and has become one of the top players at PKR.

Marc ‘Waswini’ Bariller: This Frenchman is quite a story since he started out playing freerolls at PKR. Bariller then built his bankroll from zero to thousands of dollars through various tourneys and cash games. After winning enough online tournaments, PKR took notice of the screen name ‘Waswini’ and signed Bariller to a deal.