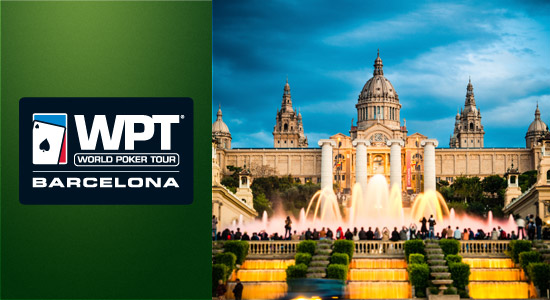 Just a few months ago, Sergio Aido Espina scooped an €88,500 ($115,240) prize for winning the World Poker Tour Barcelona tournament. And already, players have an opportunity to win big money in Spain once again because WPT Barcelona returns on April 4th, 2013.

Those interested in enjoying the historic city of Barcelona while competing for major prize money should definitely check out Party Poker. That’s because Party are currently offering $7,000 WPT Barcelona prize packages that include the following perks:


As you can see, Party Poker’s Barcelona packages go beyond just a tournament seat and plane ticket. Their prizes cover everything from the hotel to extra money that you can spend on whatever your heart desires. Assuming you’re interested in winning a $7k WPT Barcelona prize package, take a look at the available satellites below:

$375 WPT Barcelona Satellite – Happens on Sundays at 13:55 ET, one WPT Barcelona prize package is given out for every $7k in the prize pool (one package guaranteed).

With a mixture of freerolls and cheap satellites, anybody can play their way to a WPT Barcelona package. And since this figures to be a huge event with tons of money available, it’s certainly worth competing for these $7k prize packages.