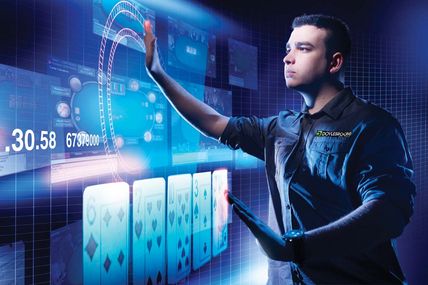 When it comes to online poker tournaments, nobody is better than Chris “Moorman1” Moorman. The Brit has collected $8,928,132 in online tourneys since 2006, which is easily a record. And Moorman added another impressive mark to his stellar career after winning an unprecedented 13th “Triple Crown.” Let’s continue discussing this historic achievement along with what exactly the Triple Crown is.

Ending the Drought
If you’re unfamiliar with online poker’s Triple Crown, this refers to winning a major tournament on three different sites within three days. Each tournament must include at least a $10,000 prize pool and the field size must be 100 players or more.

As mentioned before, Moorman has accomplished this very difficult task 13 times. However, he’d been in a bit of a draught in recent years, having not achieved a Triple Crown since 2011. But the Brighton native ended this draught in February of 2013 after winning the following tournaments:


Furthering the Record
Thanks to yet another Triple Crown, Chris Moorman now had three more than his next closest competition, Hungary’s Peter “Belabacsi” Traply (10 Triple Crowns), and four more than Mickey “mementmori” Petersen (9 Triple Crowns).

As you can see, Moorman is definitely a very accomplished online poker player. But what about his live career? Well, the Brit doesn’t dedicate as much time to the live scene, but he does have $2,700,162 in career winnings. Here’s a quick look at some of his biggest live tournament scores:

EDIT: The Triple Crown is an achievement defined by PocketFives - find out more by visiting their dedicated Triple Crown page here - and check out the PocketFives Chris Moorman page for more stats on this poker pro.