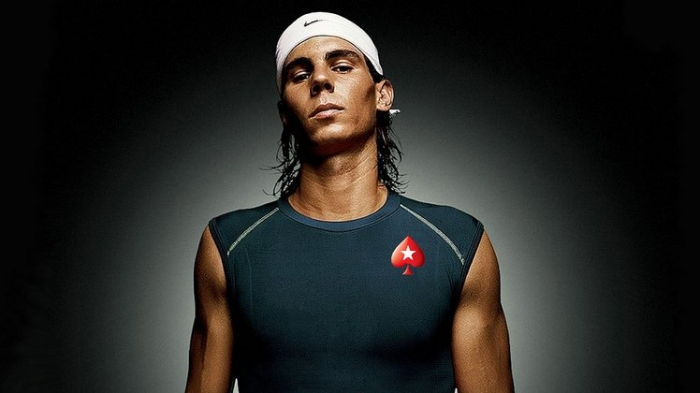 After suffering a painful knee injury at Wimbledon seven months ago, Rafael Nadal returned to the tennis courts with a vengeance at the Monte Carlo Masters. But while the seven-time French Open winner’s tennis career may be in full swing again, he’s still thinking about online poker.

As many poker players know, Nadal signed a mega-deal with PokerStars last year. And it was the perfect time to do so because the Spaniard had ample time to learn the game with his injury layoff. He told TennisTalk, “I learnt to play poker. I did not understand the game, and now I understand it, I see it’s fun, competitive. You need to have self-control, to measure times in which you can attack or defend.”

Besides merely being fun, Rafa believes that online poker, along with golf, helped quench his competitive thirst. “Those were the only two things in which I could really compete over those months, golf and poker. I’m a competitive person, I like sports, and through all that time I could not practice movement sports.”

So far, Nadal has yet to win a Sunday Million or any of the other major tournaments at PokerStars – though we can’t fault him since this isn’t exactly an easy task. But he has experienced some minor success in the smaller tourneys. Back in January, he beat out 47 other players to win a €10 buy-in tournament at Stars. His prize was €152 ($200), which is a drop in the bucket for a guy who’s earned over $51 million in tennis events. However, it does show that Rafa’s skills have improved and he’s capable of winning a poker tournament.

It’s unclear how much Nadal will play online poker now that he’s going to be competing at a high level in tennis again. But hopefully he’ll stay active on Stars and continue trying to win more tournaments.