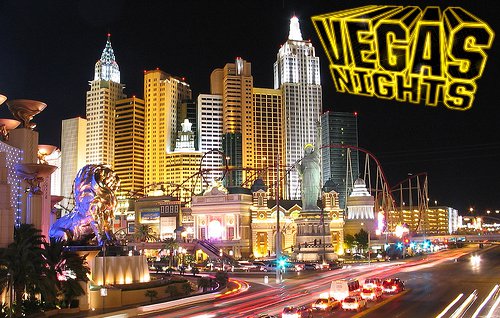 Playing in the World Series of Poker certainly isn't a cheap affair. After all, you need to consider plane tickets, a hotel stay, food, and the buy-in for your desired tournament. But what if you could participate in the world's largest poker event without paying a dime!?

This might sound too good to be true, but it's exactly what PKR are offering through their Vegas Nights promotion. To get started on your way towards winning a free WSOP prize package, you need to play in the $12 WSOP Vegas Nights speed tournaments, which allow players the option for one rebuy and one add-on. These tourneys run every night up until June 5th, 2013 and 25% of every $12 buy-in goes towards $4,500 World Series Experience packages.

The number of packages given out depends upon how much money is generated through the Vegas Nights speed tourneys. And prize packages will be awarded in the one-off Vegas Nights Freeroll on June 9th at 18:30 GMT. As long as you play in at least one $12 Vegas Nights tournament, you'll receive a ticket for the June 9th freeroll. The freeroll is explained in detail below along with what perks players receive through each $4.5k Experience package.

Vegas Nights Freeroll
While players only need to participate in one Vegas Nights speed tourney to qualify for the big freeroll, it's definitely worth playing in as many as possible. The more speed tournaments you play, the bigger your potential chip stack will be. Here's a look at how the variable chip stack works:

Vegas Nights Freeroll = At least three $4.5k Experience packages are expected to be given out, while there could be more.