2013 WSOP: “The Mouth” and Schneider Win Again - A Millionaire is Made 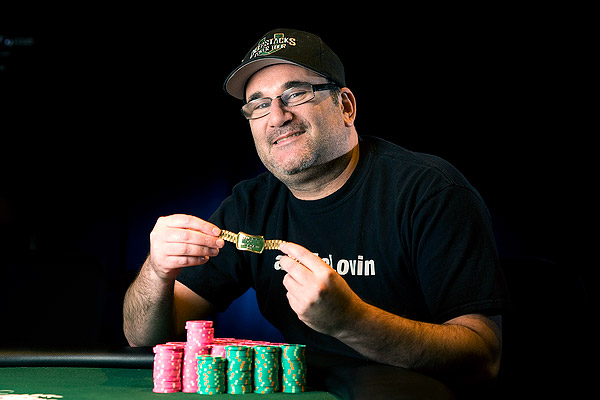 The 2013 World Series of Poker is currently taking place right now and there have been some great stories so far. An amateur became a millionaire, Mike “The Mouth” Matusow won and gave a “F**k you” to the haters, and Tom Schneider reclaimed lost glory. These three stories have definitely added some excitement to the 2013 WSOP and they’re worth taking a closer look at below.

Benny Chen wins Big in “Millionaire Maker”
Just a few weeks ago, Benny Chen was managing a restaurant back in Canada. Now he might be thinking about a career change after winning the Event #6 $1,500 “Millionaire Maker” along with $1,199,104. As the name implies, the Millionaire Maker guaranteed a $1 million payout to first place. This drew 6,343 players, which is the largest field size ever in a non-WSOP Main Event tournament.

The Mouth gobbles up his Fourth Bracelet
Before 2013, many people had written Mike “The Mouth” Matusow off as one of those older pros who couldn’t survive in an evolving poker world. Boy were these people wrong since Matusow not only won the NBC Heads-Up Championship earlier this year ($750,000), but also the Event #13 $5,000 Seven Card Stud Hi/Lo tourney.

Tom Schneider steps back into the Limelight
Back in 2007, Tom Schneider gained poker stardom after winning two gold bracelets and the WSOP Player of the Year award. But since then, he’s been fairly quiet with just one final table appearance in the past six years. Schneider ended the drought in a big way though after winning the Event #15 $1,500 H.O.R.S.E. tournament along with $258,960.