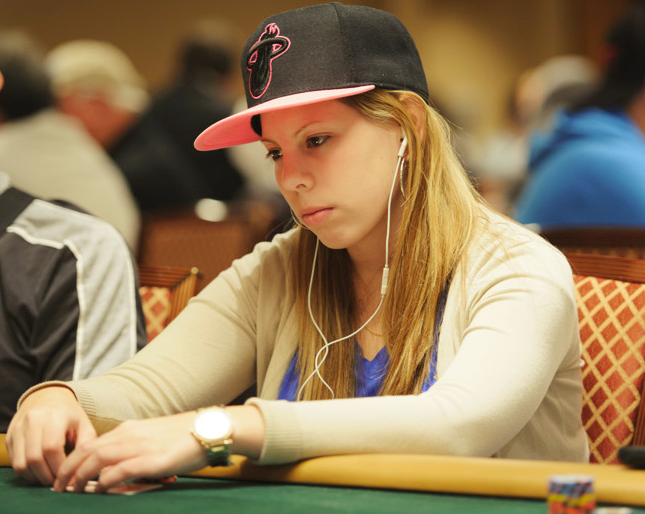 When Dana Castaneda registered a 94th place finish in the 2013 WSOP Event #52 Ladies Hold’em Championship, it was barely a blip on the poker radar. After all, she earned just $1,768 for the finish, which doesn’t exactly stand out when some poker players walk away with $1 million-plus prizes.

However, this tiny cash was far more significant than most would think since Castaneda used the money to enter the Event #54 $1,000 NL Hold’em tourney. After navigating through a 2,883-player field, the cocktail waitress earned $454,207 and became the first woman to win an open event at the 2013 World Series. As you’ll see below, Castaneda’s victory completed the first half of a historic milestone for the ladies.

Loni Harwood sets Multiple WSOP Records in Event #60 Win
If the poker world didn’t know Loni Harwood before, they’ll certainly know her now. The 23-year-old capped off an incredible 2013 WSOP run by winning the Event #60 $1,500 NL Hold’em tournament and $609,017. And this is where the records start coming in…

First off, Harwood’s $609k prize is the largest World Series payout for a lady on US soil. It’s also the second biggest WSOP cash for a woman, ranking only behind Annette Obrestad’s £1 million ($2.01 million) fortune for winning the 2007 WSOPE Main Event. In addition to winning Event #60, the Albany SUNY graduate also made final tables in Event #31 and Event #53, which makes her the fourth woman to tally three final tables in one World Series. Finally, Harwood and Castaneda’s wins marked the first time that two ladies won open-entry tournaments in the same WSOP.

Elezra outlasts Negreanu for Second Bracelet
After winning the inaugural WSOP APAC Main Event back in April, Daniel Negreanu was hoping to add his sixth career gold bracelet in the Event #59 $2,500 Limit 2-7 Draw Lowball tournament. And after battling through 280 players, high stakes grinder Eli Elezra was the only thing standing in his way. But Elezra, along with a bad run of cards, proved too much to overcome for Negreanu, and the PokerStars pro finished runner-up ($107,055). As for Elezra, the former Israeli army commando collected his second bracelet along with a $173,236 payout.

Ashton wins Prestigious Players Championship
When Britain’s Matthew Ashton cashes in a tournament, he makes it count! The Liverpool native had finishes of second, third and seventh place heading into the $50,000 Players Championship tournament. And he saved his best for last after beating an elite field of 132 players to win the $50k Players Championship along with $1,774,089. Thanks to the victory and three other final table appearances, Ashton grabbed the 2013 WSOP Player of the Year lead from Negreanu; he now has 649.75 points while Negreanu has 598.34 points.