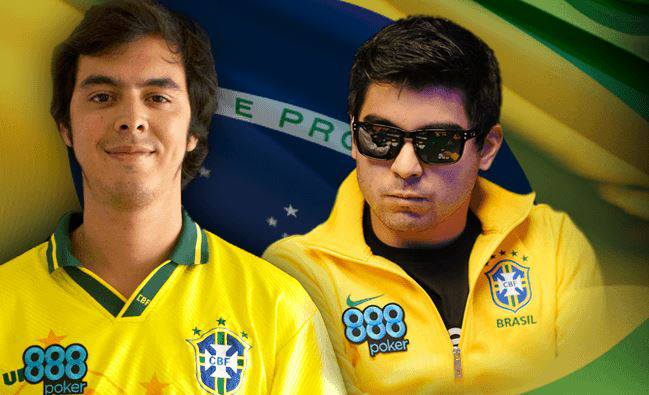 Just last week, 888poker signed Australia's Jackie Glazier to their team after she finished 31st in the 2013 WSOP Main Event. Now they've expanded their team even more by adding Brazilian pros Nicolau Villa-Lobos and Bruno Pereira Lima Kawauti. The duo will represent 888 at poker tournaments and events around the world, including the upcoming WSOP Europe.

Kawauti, who's from San Paulo, is probably the biggest name of the two new Team 888 members. He began playing live tournaments in 2010 and has quickly accumulated $543,435 in winnings. His first notable cash came in the 2012 WSOP Main Event, when he took 110th place and earned $52,718. Kawauti followed this up with an even more impressive effort when he finished 15th in the 2013 Main Event and collected $451,398. So not only did he earn a huge cash from this year's ME, but he's also got a lucrative deal with 888 too.

Kawauti is very excited about the signing as he said, "I am happy that 888poker is taking interest in Brazil. I look forward to playing with Team 888poker around the world and representing Brazil."

After inking his deal, Villa-Lobos said, "Can’t wait to start using the patch and representing 888 and Brazil around the world. It’s unbelievable being part of such a great team with amazing players."