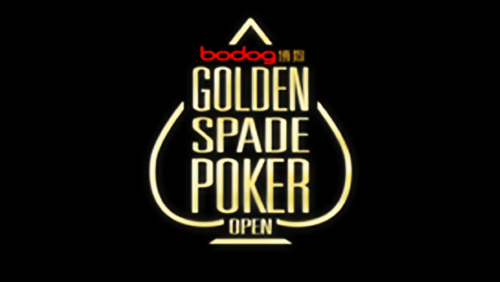 The Bodog Poker Network is tired of seeing recreational players being at a major disadvantage in every online tournament series. So Bodog decided to unveil the Golden Spade Poker Open (GSPO), which will run from September 9th to November 3rd and offer $1.5 million guaranteed.

There'll be 51 events in the GSPO, and each event is going to be split into a separate Contender Series and Championship Series tournament. The Contender Series consists of lower buy-in tourneys that cater to casual players, while the Championship Series features high buy-in tournaments for elite grinders. As per Bodog's Recreational Player Model, all hands in GSPO events will be played anonymously, meaning pros can't gain stats on amateurs through data mining.

The schedule will see 3-4 GSPO tourneys happen every day, with at least one occurring at the early riser and Asian-friendly time of 10am EST. Both the Contender and Championship Series will break down into one Kickoff tournament, 48 side events, a Main Event, and a Second Chance tournament.

Prize money distribution will see $250,000 go towards Contender Series players and $1,250,000 paid to Championship Series grinders. The latter will be highlighted by a $300,000 Main Event, with a giant $58,500 prize being guaranteed to the winner.

As you can see, there's more than enough money to go around for both low and high stakes players in the GSPO. And many players will appreciate the fact that they'll be protected from sharks who use data mining services. Like we alluded to before, the Bodog Network's software prevents advanced third-party programs from mining stats and data, then selling it to skilled players.

This commitment to recreational players has made Bodog and its US-friendly sister site, Bovada Poker, very popular. And what's nice is that you can expect this same anonymity across all of the Bodog Network's tournaments.