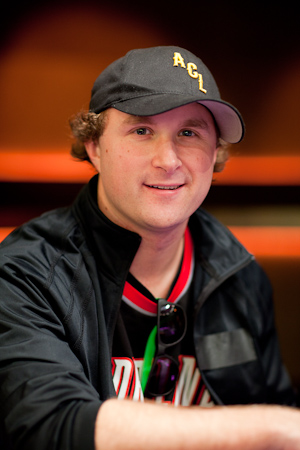 Andrew "BalugaWhale" Seidman is a legend in the online poker world, both for his profits and strategy contributions. Starting his poker career in 2006, the former Dartmouth student quickly worked his way up from the micro stakes to $25/$50 NL Hold'em cash games. Along the way, he developed the famed "Baluga Theorem," which explains how micro players can interpret aggression on the turn.

What's amazing about everything Seidman has done is that he almost started out directing his energies towards a pizza parlor. The online poker legend explained the situation to Business Insider through the following email:

"I applied for a summer job (during college) at a pizza parlor in my home town. In the week while I waited to hear a response, I made $7,000 playing online poker. So I pretty much gave up the idea of normal employment at that time."
After making $7k in one week, Seidman began hitting the felt when he wasn't hitting the books. He rapidly made money and took trips to the Caribbean whenever he felt like it and partied at some of the world's most lavish clubs. Over the course of two years, Seidman said that he went from "playing in $25 games to playing in $5,000 games." In just three years, he had made $1 million in profits and, at times, was pulling in $40k a month.

Of course, in life 'ups' are always accompanies by 'downs.' And Seidman's poker career is certainly no exception to the norm. BalugaWhale hit a major downswing in 2009 that he attributes to poor luck and his ego getting in the way. Black Friday didn't help Seidman's case either since he lost about $65k when major poker sites were shut down by the US Department of Justice.

But despite all of this, he's made a ton of money through poker, thanks to his playing abilities and coaching. Seidman became a very successful coach at DeucesCracked, where he educated high stakes star Ben Tollerene and 2009 WPT Venice champ Ragnar Astrom. These days, Seidman is using his poker earnings to get other business opportunities going. And if he puts anywhere near the same amount of work into these ventures as he did with poker, he'll no doubt be a success in the business world too.