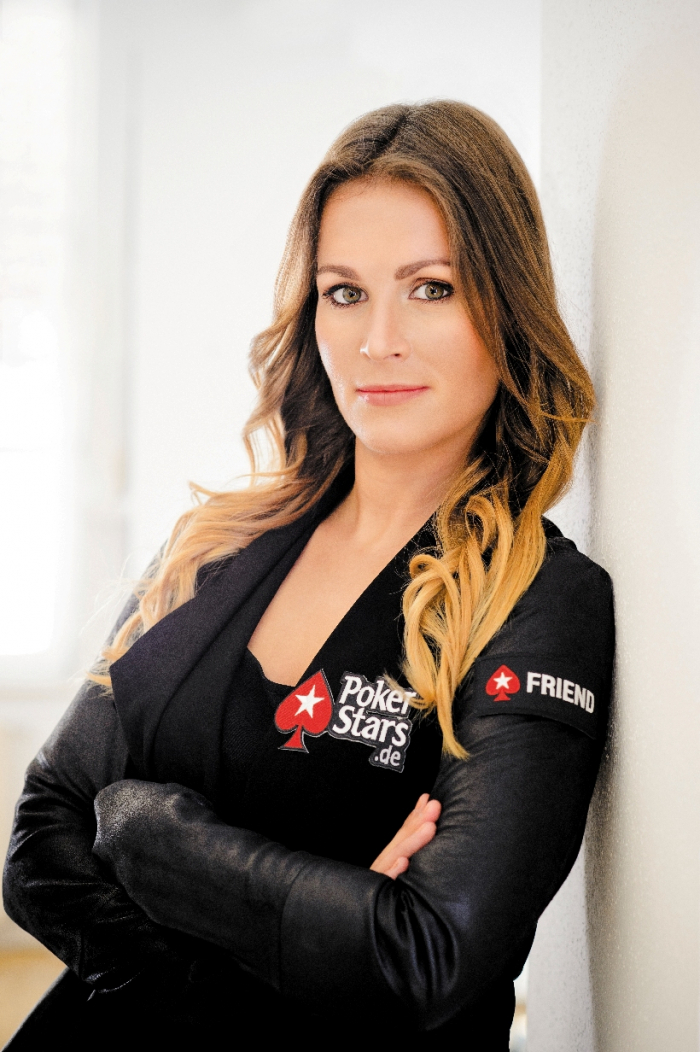 The PokerStars family continues to grow as they signed Natalie Hof to a deal. The German poker player and TV presenter now joins video game pro Charlotte Van Brabander on the 'Friends of PokerStars.'

Hof was elated to land a deal with the world's largest online poker site. "Since I started playing poker I dreamed of becoming a member of Team PokerStars," she said. "I enjoyed working as a presenter, and now I am more honored to represent PokerStars at the tables."

Natalie first got her start by serving as the German presenter for the European Poker Tour. With her pretty face and quick wit in interviews, it didn't take Hof long to win poker audiences over.

She wasn't just content to hold the microphone though because she developed poker aspirations of her own. By the end of 2011, Hof earned her first cash ($6,561) after finishing fourth in an EPT Prague side event. In April of this year, she collected her biggest cash ($23,595) thanks to a 39th place effort in the EPT Berlin Main Event. Through her six overall cashes, Natalie has earned $52,679 in live poker tournaments.

As a member of PokerStars, Hof will be hoping for even bigger and better things on the felt. "I am looking forward to playing more major events and traveling the world," she said. "I have no expectations but I will give my best and try hard to get a title everyone dreams of. Also, I hope that as a Friend of PokerStars.de, I can be an inspiration to women and encourage them to take up the game.”

Aside from her live poker experience, Natalie Hof also enjoys playing online at PokerStars too. Her best results include a $5,000 cash in a Big $109 tournament, and a $2,000 score in an $11 deepstack event. With both live and online poker skills, Hof will definitely be turning in more impressive results in the near future.