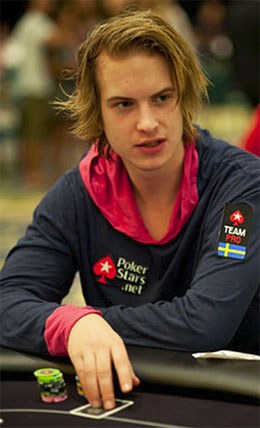 Full Tilt Poker recently ran one of the most interesting promotions that we've seen in years! The promo saw high stakes pro Viktor 'Isildur1' Blom put up $100,000 of his own money against 100 challengers. Any player who could beat Blom in a heads-up sit and go would collect a $1,000 bounty.

Blom was certainly not short on confidence prior to the challenge. "I plan to win all 100 of these, so good luck, I guess," he said. The Swede fell quite short of his boast, but did post a winning record. Blom beat 62 out of the 100 challengers, meaning he paid $38,000 in bounties to the winners.

What made this promotion extremely fun is the fact that everybody had the chance to play against an elite poker pro. Isildur1 has become world famous for his willingness to take on any top-level player, which is a refreshing break from the bumhunters that commonly infest the high stakes world. And Blom wasn't afraid to put his reputation and money on the line against the 100 people who qualified to play him.

Speaking of which, those wishing to take Isildur1 on had to participate in twitter competitions, win an SNG, cash in an MTT, and/or make a deposit of $20. When the 100 qualifiers were sorted out, Blom began playing 10 every day, five at a time. The multi-tabling Isildur1 got off to a rocky start after losing 22 out of his first 33 matches. However, he quickly rebounded and finished with a very respectable 62-38 record.

As if taking on five players wasn't enough, Blom also managed to answer a few questions while he was in the challenge. Here are some of the more interesting Q and A's:

@Nickkdevries: How did you came in contact with online poker?
Viktor Blom: A friend of my brother’s told me about it and I decided to give it a try.

@Vimio_NL: How much time did it take, to build your bankroll to 100K for the first time?Blom: 8-9 months since first time I played.

@chicho4747: [What does] it feel like to win the value of various Ferrari and the next day losing those gains?
VB: I think about it that way sometimes, but I try not to think of it that way.

@steven1smart: in your opinion who is the best NLH and PLO player online just now?
VB: NL is Saniker for the moment and PLO it’s Galfond for sure.

@TheOzzmeister: Biggest “aha-moment” so far in poker, when it comes to learning?
VB: When I played low stakes SNGs I learned quickly how much aggression was worth in a game. High blinds meant I could shove every hand and others never seemed to get that back then. One Russian guy was more aggressive than me, and he was the biggest winner at the time.