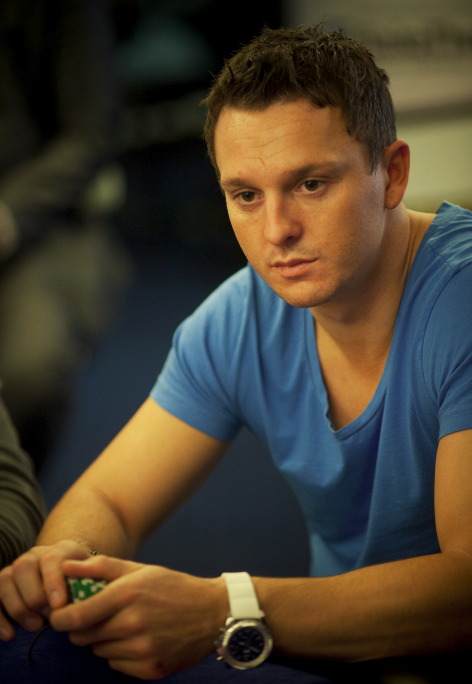 Often hailed as the future of online poker banking, Bitcoin got a positive boost from the US government for once....The world's number one tennis player, Rafael Nadal, is finally ready to step out from behind his laptop and play some live poker....And the second biggest winner in poker tournament history, Sam Trickett, was recently honored with his own room. Let's analyze all of these stories in this edition of the Weekly Flop.

Bitcoin finally gets some Love from the US Government

Depending on how you look at it, the US government has either been online poker's biggest enemy or its greatest savior. Okay, so only US Attorney Preet Bharara sees it as the latter, given that he's led a crusade against online poker sites recently. So it's no surprise that the American government has looked unfavorably at Bitcoin.

This virtual currency isn't backed by a government or bank, meaning it can't be controlled by anybody. So the US would have a heck of a time pulling off another Black Friday sting if Bitcoin were used by all of the poker sites.

Interestingly enough though, US Federal Reserve Chairman Ben Bernanke recently said that he can see the value in virtual currencies like Bitcoin, "particularly if the innovations promote a faster, more secure and more efficient payment system." His words led to a three-hour Congressional debate about Bitcoin, which is good because it's at least being discussed, rather than completely dismissed. Furthermore, Bitcoin stock rose from $400 a share to $777 after Bernanke's words.

Rafael Nadal is in for EPT Prague Since Rafael Nadal signed with PokerStars last year, the only thing we've been given are little morsels of him playing poker. A short YouTube video here, or a victory in a small €10 online tournament there....basically nothing substantial to let the world know "Rafael Nadal plays poker!!"

But now the 8-time French Open champion has confirmed that he'll play in a celebrity tournament at EPT Prague. Granted, this isn't exactly the WSOP Main Event. But it's nice to see the world's number one tennis player taking time out of his offseason training schedule to play in a live poker event. Assuming he can notch a big finish in the celebrity tournament, it would definitely bring some mainstream fame to poker.

Sam Trickett gets Poker Room dedicated to him

The list of poker pros who get live poker rooms dedicated to them is pretty short. Phil Ivey has Ivey's Room (Aria), Bobby Baldwin has Bobby's Room (Bellagio) and Jamie Gold had the Jamie Gold Poker Room (Tropicana). Now the last one is a major fluke, but you get the idea that it's even rare for the greats to receive such an honor.

Sam Trickett recently became one of these players when Dusk Till Dawn dedicated a poker room to him. Trickett is the UK's all-time tournament leader with $19,855,960 in winnings, and this amount also ranks him second among everybody. Located in Nottingham, Trickett's private room features 45 tables and draws some of the UK's best cash game action.