Weekly Flop: Riess wises up, Negreanu and the Cheerleader, Heindecker taking off 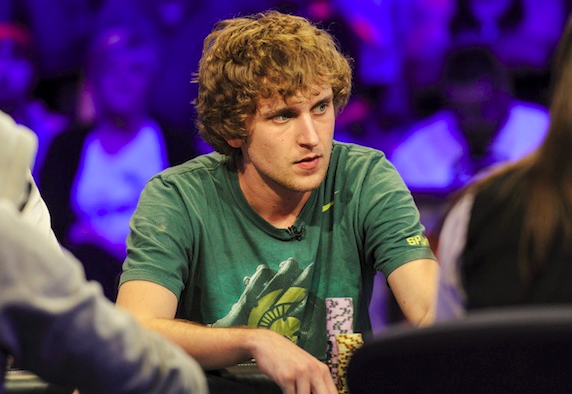 For anybody who thought that Ryan Riess was just going to sit on his "best player in the world" statement, they're sorely wrong since he's ready to compete against the top players. Daniel Negreanu is already one of the best players, which has earned him a secret and very hot admirer. Niklas Heindecker is also one of poker's best, but how many people realize it? Let's discuss all of these matters in the weekly flop.

Ryan Riess selling Himself - Smart Decision!
Apparently, Ryan Riess wasn't just spouting off empty words when he said he felt like the world's best poker player. The 2013 WSOP Main Event champ is very serious about testing his skills against the elite since he announced via Facebook that he'll be selling a high roller package.

You wouldn't think that somebody with such a self-inflated opinion of himself and an $8.3 million WSOP payout would sell shares of his action. But it seems that even Riess has the sense to realize that there's variance in tournaments, and he may not run as good as he did in the Main Event. The recent Michigan State grad will be competing against some of the REAL world's best players in these high rollers, so it's a good idea that he's selling shares, rather than using all of his money.

Negreanu has a Hot Cheerleader Fan
With appearances in X-Men Origins: Wolverine and TV's Millionaire Matchmaker, Daniel Negreanu has been able to transcend the boundaries of just being poker-famous. Perhaps this is a big reason why one of the '100 Hottest NFL Cheerleaders' has become an admirer of KidPoker. Alicia, who ranks 48th on BleacherReport's hottest cheerleaders list, says she "loves playing poker." She also lists her favorite movie as Rounders and says Daniel Negreanu is the person whom she'd most like to spend a day with. Is this a brewing love connection for Negreanu? That's debatable, but he is at least aware of his sexy admirer after tweeting, "Well hello Alicia! Looks like I have a fan and a meet and greet can be arranged :-)"

The Year of Niklas Heinecker One trend that we at RakeTheRake have been discussing recently is the amazing year that German poker players are having. Philipp Gruissem and Tobias Reinkemeier are a couple of the players whom we covered in depth, while Niklas 'ragen70' Heinecker only got a mention. But we probably should've spent more time discussing the latter since he's on fire in online poker!

After a very strong month in November, where he's earned over $1.3 million, Heinecker is now up $4.2 million on the year. According to his HighStakesDB graph, the German didn't even start playing high stakes cash games until April, meaning all of these winnings have come within the last 6-7 months.

When you also factor in how Heinecker won the HK$1 million GuangDong Asia Millions tournament along with HK$ 34.6 million (US$4,456,885), his results have been incredible. But this has all largely gone under the radar because the more high-profile Viktor 'Isildur1' Blom is also having a great year. So how long until more people start noticing Heinecker's success too?