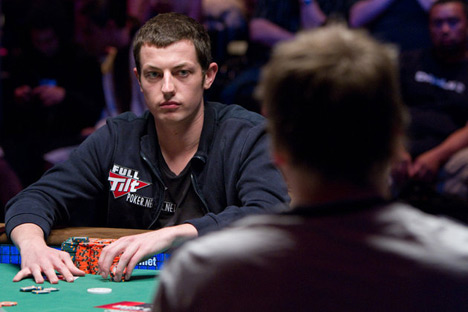 A little over a year ago, Tom Dwan was signed by Full Tilt Poker to be part of the 'The Professionals.' This elite group of players included Dwan, Viktor Blom and Gus Hansen. But now, only the latter two remain after Dwan's sponsorship deal ended and Full Tilt decided not to renew his contract. While Full Tilt have yet to come out and give exact reasons why they and Dwan parted, here are a few obvious points that led to the separation.

If a poker site is looking for a player who's both recognizable and accomplished, there are few better than Dwan. He captivated the poker world throughout the late 2000's with his daring and innovative play. But despite everything that Dwan has done, there's nothing that could've saved him from the lack of professionalism he's shown recently.

As a sponsored player at a major poker site, you're expected to show up on time for events and take promotions seriously. This certainly wasn't Dwan's forte, as he showed up late to the Team PokerStars vs. The Professionals Challenge and barely registered on time at Full Tilt Poker Montreal. Not exactly the best way to exemplify the behavior of The Professionals.

2. He wasn't keen on doing interviews and promotional work

Some poker players relish the opportunity to pimp both themselves and their sponsor in front of the camera. Daniel Negreanu is perhaps the greatest example of this type. Tom Dwan, on the other hand, was never big into doing interviews and putting his face out there. Sure, he did some media work and was cooperative with his sponsor. However, he wasn't the go-getter that Negreanu or some other pros are when it comes to the media.

3. Dwan doesn't need a sponsorship deal to make him happy

Despite not knowing the exact financial details of Dwan's sponsorship deal, we can reasonably assume that it paid quite a bit. However, the 27-year-old isn't like other pros who rely on a sponsorship deal to pay the bills. Sure Dwan didn't mind the money that was rolling in on a consistent basis. But on the other hand, he relocated to Macau for a reason, and it isn't because he thinks the lights on the Coatai Strip are prettier than the Vegas Strip. He's likely making a very good living off of the big games in Macau.

In the end, the divorce between these two sides shouldn't be looked at so much as Full Tilt dumping Dwan. Instead, it appears that both parties will be better off with the sponsorship deal not being renewed.