The Harry Potter of Poker and his £2.5m Fortune 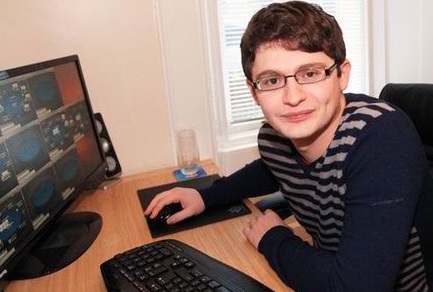 David Vamplew may not be from Hogwarts or be able to fly around on a broom, but he's still drawing comparisons to Harry Potter. And there are two reasons David is compared to JK Rowling's famous young wizard...

Recently dubbed the 'Harry Potter of Poker' by the Scottish Express, the former student has conjured up £2.5 million in poker winnings since 2010. And the secret to Vamplew's success has been the amount of time that he's willing to dedicate to the felt.

"A decent session is probably 8 to 10 hours, once you’ve entered a tournament, you have to play until it finishes," he told the Scottish Express. "The longest I’ve played is 14 hours, especially if you’re winning, you just have to keep playing and playing. It can be 7am before the end of it, but staying awake and concentrating isn’t too much of an issue because at that point you’re playing for really big money."

All of this time has certainly paid off because Vamplew has had some excellent finishes thus far. He kick-started his career with a victory at the 2010 EPT London Main Event. Vamplew topped an 848-player field to win the prestigious tourney along with £900,000. He didn't have to wait long for another big finish after taking third in the 2011 WPT Venice ME (€147,970).

What's impressive about David Vamplew is that he's been smart with his massive tournament scores, choosing to invest much of the money into his bankroll. So far, his biggest splurge included buying an Edinburgh flat, where he built an office specifically for online poker.

David picked the game up in 2005 at Edinburgh University. It wasn't long until he joined the school's poker society and also began grinding in online games. The latter enabled the Scot to quit his supermarket job and play poker for a living. And up to this point, it's been a very lucrative profession for him.

Despite his success with the game, Vamplew doesn't plan on going crazy with his winnings any time soon. "I don't really have to worry about money too much, although the nature of my job being poker means I have to be a bit more careful about planning for the future because there's no guaranteed income," he said. "I've not splashed out on anything flashy like a ridiculous car. Obviously I'm doing all right, but I have to be sensible about it."