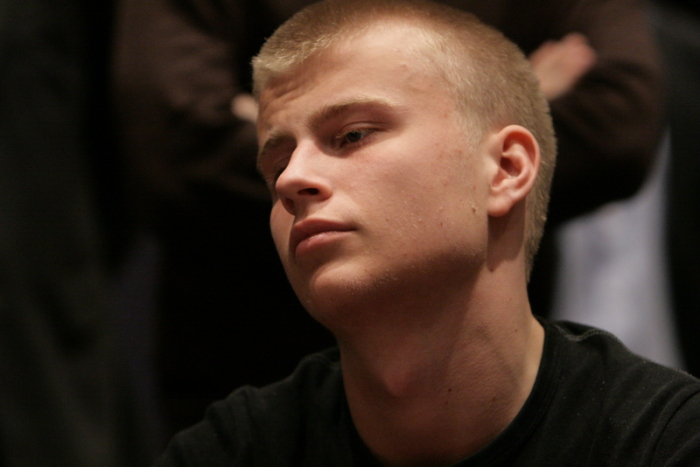 Last September, poker pro Jens Kyllonen got caught up in a bizarre incident during the EPT Barcelona event. Kyllonen couldn't get into his Hotel Arts room, so he went back to the front desk so that they could sync his keycard. When the high stakes grinder got into his room, he noticed that his laptop was missing. After leaving to ask his friend Henri if he knew anything about the laptop, Kyllonen returned to the room, only to find his computer back in its original spot.

At the time, Kyllonen believed that he was the victim of hackers, who took his computer to install a Trojan virus. And his suspicions were recently confirmed by a security company named F-Secure.

As F-Secure revealed, the hacker who took Kyllonen's laptop installed a Remote Access Trojan (RAT), with timestamps that indicated this happened during EPT Barcelona. A RAT gives the attacker the ability to access a computer remotely and monitor it, seeing anything that happens on the machine. Essentially, the perpetrator would have access to Kyllonen's poker accounts, banking information and other sensitive details.

What's scary is that F-Secure doesn't think that this is an isolated incident. They discussed the matter by writing the following:

After analyzing Jens's laptop, we started looking for other victims. It turned out that yet another professional player, Henri Jaakkola, who stayed in the same room as Jens at the EPT Barcelona event, had the exact same Trojan installed in his laptop.

This is not the first time professional poker players have been targeted with tailor-made Trojans. We have investigated several cases that have been used to steal hundreds of thousands of euro. What makes these cases noteworthy is that they were not online attacks. The attacker went through the trouble of targeting the victims' systems on site.
These types of crimes are certainly not new because they've been used to target high-profile business managers in the past. In fact, there's a term for this and it's called 'Whaling.' Given poker's common comparisons to the fish world, it's only natural that F-Secure has dubbed these crimes against poker players 'Sharking.'
If you're a poker player who travels often and stays in lots of hotel rooms, it's definitely a good idea to take precautions against sharking. Here are a few pointers that you'll want to keep in mind: