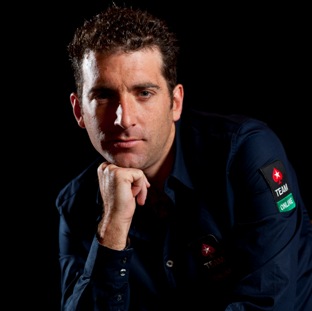 In an age where poker pros parting ways with sponsors can turn into a real he-said-she-said mess, Shane 'shaniac' Schleger and PokerStars showed us all how to do it respectfully.

Schleger wrote one final blog post at PokerStars to describe his very positive three-year relationship with the company:

Now, my three year run with PokerStars Team Online is coming to an end, and I'm here to report that it was an extraordinarily positive experience, even despite challenges I never could have anticipated when I signed the contract.

... Not only has Stars met its obligation to its players at every turn, it has always felt like a real place within a virtual world: a place where I saw large sums of money won and lost, but far more memorably, a place where personalities were built, lifelong relationships were fostered, and community thrives.
So why would a guy who likes representing PokerStars this much leave the company? A combination of Black Friday and a very serious relationship is what ultimately forced shaniac to reconsider his career of nine years.

After Black Friday, Schleger settled down in Rosarito Beach, Mexico so that he could continue playing at PokerStars. But he also maintained a serious relationship with his girlfriend back in Santa Monica, California, which is three hours away from Rosarito. Schleger writes that in 2012, this arrangement energized him on the poker tables.

But 2013 was a much different story because playing online poker in Mexico and visiting his girlfriend in Calfornia was "stretching him thin." A guy who's earned $4,147,862 in PokerStars tournaments could no longer pull off a successful session. Schleger tried a number of things to turn his results around, including reducing tables, eliminating high buy-in tournaments and getting coaching.

None of these measures ultimately turned things around, so Schleger came to the conclusion that the game had passed him by. He began further distancing himself from online poker after marrying his girlfriend during the 2013 WSOP in Vegas. Schleger also decided not to renew his Rosarito apartment lease in 2014 with the goal of moving back to California with his wife.

This being said, shaniac set out to get one more big score in the 2013 WCOOP before leaving Mexico. Like a dream, Schleger took sixth place in the PokerStars WCOOP Event #6 ($5.2k NL Hold'em Main Event), which was good for a $291,154 payout. Armed with one final big tournament score, Shane Schleger can look forward to starting a new chapter of his life.