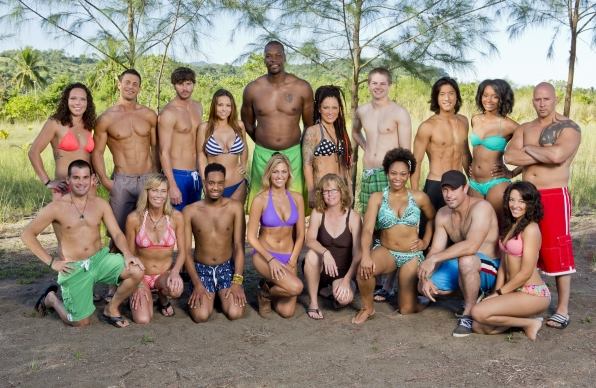 A stupid act by the player who cheated in a $2 million gtd. Borgata tournament led police right to him... One of the best online poker players ever has landed a spot on the CBS show Survivor... Poker player Edwin Ting must have been an integral of a much-publicized high stakes gambling ring because he received a stiff prison sentence. Find out all the details of these stories in the Weekly Flop.

Nobody ever said criminals were the smartest people, and poker player Christian Lusardi proved this through a recent cheating scandal at the Borgata.

As much of the poker world has already heard, a $2m gtd. tournament was cancelled at the Borgata Winter Open when 160 counterfeit chips (worth $800k) were discovered. Finding the perpetrator presented a serious challenge to Borgata officials and the New Jersey Division of Gaming Enforcement because there were 4,812 players in the field. But they caught a break when Borgata Hotel visitors complained about leaking pipes. As it turns out, Lusardi freaked out when his counterfeit chips propelled him to first place and flushed the remaining 540 chips (worth $2.7m) down the toilet.

This may have worked if he were trying to get rid of cocaine, but these were 540 hard, plastic poker chips that we're talking about. Lusardi would've been better off if he'd just taken the chips downstairs in a bag and cast them out to the Atlantic Ocean. Instead, police merely looked at who'd stayed in the room with leaking pipes and found Lusardi. Even if he had gotten away with the crime, the Fayetteville, North Carolina resident would've only scored a $6,814 cash for his cheating efforts.

The 27-year-old, who lists his hobbies as bodybuilding, alcohol, psychology and cinema, is part of the Brains tribe, which will be competing against the Beauty and Brawn tribes. Assuming he wins, Adelstein will be collecting a $1 million prize. But even if he finishes just seventh or better, he'll have outdone fellow poker pro Jean-Robert Bellande, who was eliminated in eighth place on Survivor: China.

Among the 34 people indicted for running a high stakes gambling ring that netted over $100 million, Edwin Ting recently had his day in court. And the poker pro probably wishes that he hadn't since Federal Judge Jesse Furman handed him a 5-month prison sentence. Additionally, Ting will also have to pay back $2 million as punishment for running lucrative high stakes poker games in New York.

So far, 25 defendants have pled guilty to their charges, with only four of these people receiving sentencing. Kirill Rapoport received 6 months in prison after it was discovered that he sent mixed martial arts thugs to collect debts from players. Justin 'BoostedJ' Smith, who's won millions in poker, got a comparatively light sentence after receiving three months of home confinement and two years of probation. Poker pros who helped run the ring and have yet to agree to a plea deal include Bill Edler, John Hanson and Abe Mosseri.