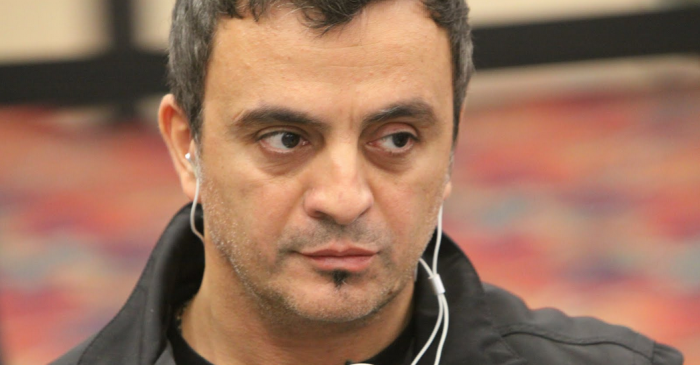 Tom Dwan apparently didn't part with Full Tilt Poker on terms quite as good as many people thought... Joe Hachem sparked some discussion and even outrage over his comments about WSOP Main Event champs... PokerStars are on the path towards yet another big-time record. Check out these stories in the latest Weekly Flop.

Dwan Obviously has a Problem with Full Tilt
Once part of Full Tilt's 'Professionals,' Tom Dwan and his former sponsor split right before Christmas when his contract expired. Full Tilt's official statement made it sound like there was no ill will between the two parties, as it read:

Full Tilt Poker and Tom Dwan have agreed to part ways following the recent expiration of Dwan’s contract. To have one of the most respected names in poker on our team has been a great pleasure. We will continue to watch Tom at the tables and wish him every success in the future.

However, a recent interview with Bluff suggests that Dwan doesn't quite share the same sentiment. After being asked about the long-delayed Durrrr Challenge between he and Dan Cates, Dwan said, "I haven’t been comfortable playing on Full Tilt because I have a really big issue with them."

While being vague, he continued to mention something about how Full Tilt doesn't "have the hands" from the early part of the challenge. Dwan says that there's more to come on his feelings about Full Tilt. So for now, all we can do is guess on what exactly has him so miffed.

PokerStars shoots for Tournament World Record (Again) with 230,000 Players
PokerStars have already broken multiple records when it comes to online tournaments. And they're gunning for another record again, this time pursuing their own mark for the largest number of players in a tourney.

To sweeten the deal, PokerStars are guaranteeing a $25,000 payout to the first-place finisher. The next 60,000 players will share in $275,000 worth of prize money. Even though the buy-in is just $1, Stars are also offering satellites for those who want to win their way into the big event.

Hachem calls out Main Event Champs, gets Backlash
As many poker players know already, Joe Hachem gave a candid interview with Bluff where he called out Jamie Gold and Jerry Yang for disgracing the legacy of WSOP champions. He also implied that some of the younger champs like Ryan Riess and Greg Merson need to become more sociable and serve as ambassadors for the game.

Hachem's words certainly didn't fall on deaf ears since several players commented on the matter. First off, Brett Richey completely blasted him with several tweets, including this one, "Almost impossible for someone to come across worse than @JosephHachem did after winning the main. Yet he’s lecturing ppl on how to behave."

Yang also weighed in by saying that he wasn't sure why Hachem called him out. The 2007 Main Event champ said that he gave $1 million of his ME payout to charity, before questioning what Hachem has done for charitable causes.

Daniel Negreanu seemed to agree with a few of Hachem's principles, such as how it's good for the game if younger pros are more outgoing and personable. However, he added that the limelight isn't for everybody and there's no rule that Main Event champs have to be ambassadors for the game. With all of the discussion going on, maybe Hachem has at least got the ball rolling for the poker world to take a look at itself and do more to interest the casual observer.