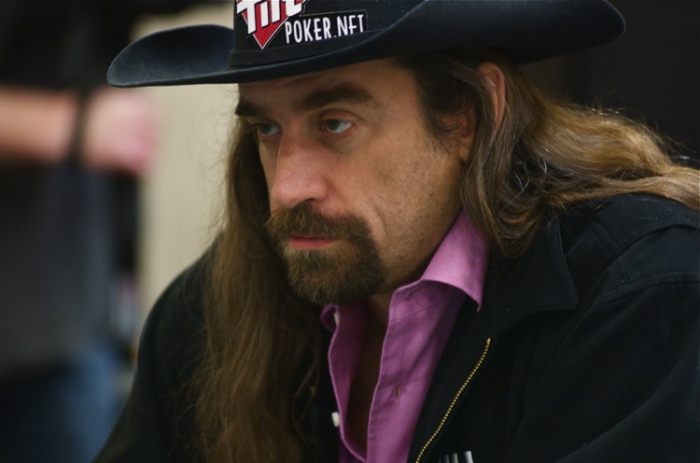 Once one of the most respected and best poker players with an undeniable iconic status in the poker community, Chris 'Jesus' Ferguson has become a pariah for his involvement in the old Full Tilt's demise. So it's little surprise that he has stayed away from the poker tables since Black Friday. But according to respected journalist Diamond Flush, Ferguson may finally step out of the shadows (a.k.a. his spacious mansion) and play in the 2014 WSOP.

Diamond Flush, the pseudonym behind a woman who extensively covered Black Friday/Full Tilt news, has always had an inside track on Ferguson's business. And she recently responded to comments about the matter in a TwoPlusTwo thread entitled "Any News on Chris 'Jesus' Ferguson?" One poster alleged that Howard Lederer returned to poker since it's all he has, but Ferguson doesn't need to because of his wealth and other activities, to which Diamond Flush replied:

He has plenty of money and does lead a non-ostentatious lifestyle, but I assure you he has plans to return to poker when ppl get repaid, as does Howard. They assume all is forgiven and some regulars in the LV circuit think thats true. Many otoh, do not.

As many know, $82 million was recently repaid to US Full Tilt players affected by Black Friday. So as Diamond Flush alludes to, Ferguson thinks it'll be safe for him to pick up live poker again. But players may not be as forgiving as Ferguson thinks, considering some of the moves he pulled during the Full Tilt debacle. Here are a couple of reminders that Diamond Flush posted on 2p2:

He didn't ship 20 million to FTP. He tried to withdraw 5 million that he had in the hidden bank account, and then thought better of it and reversed the transfer. His 14M balance was used by FTP to keep the coverup going, (he claims without his permission) and he wanted it back. Even threatened to kill the Tapie deal if he didnt get it back.
The main thing he did that separated him from most other owners was keep quiet about the shape the company was in. Not many would classify that as "ethical."

Despite his questionable decisions during the Black Friday debacle, it would be interesting to see Ferguson return at the 2014 WSOP. He won the 2000 WSOP Main Event along with $1.5 million, and he added four more gold bracelets over the next three years. Ferguson has $8,281,927 in live tournament winnings, though this amount has remained stagnant since the end of 2010. With over three years away from the game, it may take him some time to adjust to the more evolved poker world of today.