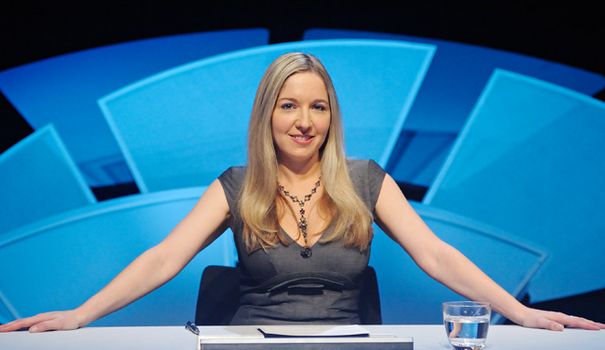 Eight years ago, Vicky Coren Mitchell graced international poker headlines after winning the 2006 EPT London Main Event along with £500,000 ($941,513). This was a historic victory because it marked the first time that a woman won an EPT tournament. So it's only fitting that the 41-year-old has made history again after winning EPT Sanremo (€476,100) and becoming the first two-time EPT champion.

Those who watched the live stream of the Sanremo final table saw a pretty amazing, come-from-behind victory. After all, Coren was the shortest stack heading into the eight-player final table. And while there was plenty of mention of Coren potentially making history, few people expected her to emerge victorious with the odds stacked against her. Even Coren couldn't see it as she later said, "I’m a natural pessimist. I never expect to win."

Nevertheless, Coren Mitchell survived until three-handed play, where she was again the short stack. She managed to outplay both Giacomo Fundaro (2nd, $412,684) and Jordan Westmorland (3rd, $295,455) en route to her record-setting EPT win. Given that the 41-year-old now holds two prestigious poker records, it's definitely worth taking a quick look at Coren Mitchell's career.

Vicky Coren Learned Poker at Home in her Teens


Like many future poker players, Coren Mitchell (or "Coren" before she married British comedian David Mitchell) learned the game at home. Her older brothers introduced her to the game when she was a teenager. Coren Mitchell's main focus in her school days was developing her writing - a skill that now sees her regularly provide columns for The Guardian and The Observer newspapers. But she never stopped playing poker and would eventually land a spot on the TV show Late Night Poker, the first program to reveal players' hole cards.

Around the early 2000s, the professional writer took her love of poker to the live tournament scene. She mainly stuck with tourneys in London, however, this all changed after she won the (EPT) European Poker Championships in 2006. As mentioned before, this was the first time that a woman had won an EPT event and it went a long way towards defining Coren Mitchell as a poker player.


Following her big EPT London victory, Coren started branching out and playing more tournaments around the UK. By 2008, she'd caught the attention of PokerStars and they signed her to a sponsorship deal.

Based on the fact that she continues to rack up big tournament scores, has maintained a deal with PokerStars for years, and does an excellent job of attracting mainstream attention off the felt, Coren Mitchell is no doubt a great ambassador for poker.