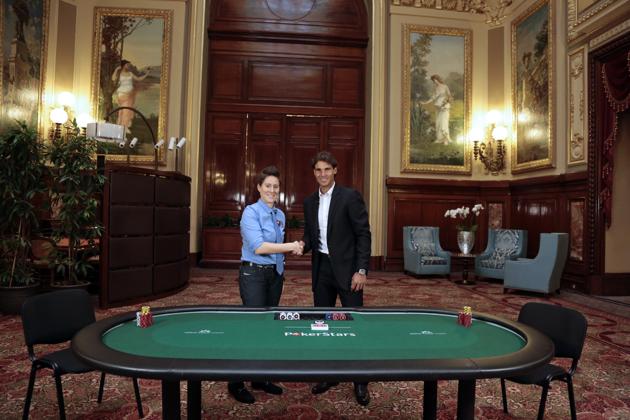 
The two PokerStars pros faced off at Casino de Monte Carlo to benefit CARE International. Given that this was just Nadal's first live HU match, it's little surprise that Selbst emerged victorious. But she admits that the cards also helped her out as she told PokerStars...

Rafa played a great game, but the format and the cards were in my favor. I was able to win by using aggression in good spots and I also made a number of strong hands. I had an excellent time with Rafa and I'm looking forward to the re-match!


Nadal took the loss in stride by saying, "It was a great honor to play against a strong competitor and, although I lost, I had a lot of fun." Besides having fun, Nadal also helped generate €5,000 for CARE International, a humanitarian agency that delivers emergency relief and works on long-term development projects.

The 13-time Grand Slam winner only started playing poker in the summer of 2012, after signing a deal with PokerStars. Since that time, he's worked on his game under the tutorship of his poker coach, Alfonso Cardalda. Nadal has been playing online tournaments and Zoom Poker when he gets some time away from the tennis courts. Additionally, he's done promotional worth for Stars, like when he mingled with tennis fans/poker enthusiasts during an event at the 2013 French Open.