Are We Trying to Change the Poker World Too Quickly? 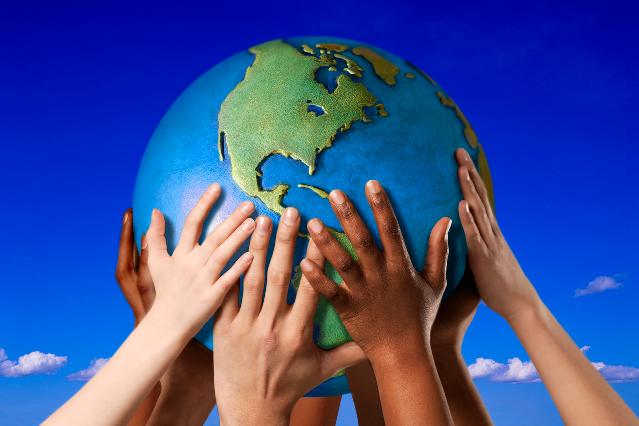 One common theme for the poker world in 2014 has been change. There's a growing fear among many professional players that the game isn't providing enough overall entertainment to hold the amateurs' interest. Oft-cited reasons for waning interest include bumhunting, complex strategy, and a lack of famous pros who can truly engage the general population.

Several prominent players have spoken/written on the matter, giving their take on what could make poker more intriguing to the everyday man. Joe Hachem placed the responsibility on WSOP Main Event champs and young pros, saying they need to be more sociable and ambassadors for the game.

Daniel Negreanu, Jonathan Duhamel and Phil Galfond all offered mixed opinions on the subject, agreeing with some of Hachem's points, yet arguing that it's not just young players' jobs to make poker fun. Sam 'Squid' Grafton stated his belief that it's up to the television producers and poker companies to highlight what's interesting about players, rather than grinders changing their personalities to entertain audiences.

Whatever the solution to making poker more enticing is, the industry is already on the path to figuring it out. From segregating player pools to adding a shot clock, both live and online poker entities are acting as if the game is entering crisis mode. But my question is this: are we really at the point where radical changes are needed? To answer this, let's discuss some of the changes that have been made and where poker is heading in the future.

Hail the Recreational Player
Nobody's going to argue that recreational players aren't important to the game. Without amateurs, there is no fresh money coming into poker and everything that's been built since the mid-2000s boom is shattered. Apparently, some online poker sites feel like we're already heading down this path because they've been catering to the recreational player more than ever before.

We can probably credit Bodog with making the first truly dramatic move that was solely geared towards protecting recreational players. Near the end of 2011, they installed anonymous tables to block Heads Up Displays (HUDs) and prevent third-party sites from collecting data on players.

Last year, Party Poker made a very controversial decision to segregate player pools without first alerting their members. This experiment separated players based on win rate in an obvious effort to keep amateurs from being dominated by pros. PokerStars also made waves in 2013 when they got rid of cash tables at the $50/$100 NL stakes and above and started trialing Zoom games in their place.

Perhaps nobody have gone as far as Unibet Poker. The industry veteran disbanded their old site and created a product that's entirely dedicated to the recreational experience. Now Unibet features a poker site where table selection, heads-up tables, hand histories and HUDs have all been banned. Meanwhile, the lobby has been simplified while the number of fun avatars and table backgrounds has been increased.

One more notable change that's worth mentioning hasn't happened quite yet. However, the World Poker Tour sounds like they're seriously thinking about adding a shot clock to the later stages of WPT events. A survey issued at the L.A. Poker Classic seems to support the idea, with 80% of players voting in favor of the 30-second shot clock.

If It Ain't Broke...
In response to the last potential change, two-time WPT champ Marvin Rettenmaier has heavily questioned the idea of adding a shot clock. In his blog at Party Poker, he wrote, "People that I think are great for poker might be trying to do too much for the sport and are going for a revolution where there’s no change needed."

This single thought perfectly sums up what the entire poker industry need to ponder as they aggressively pursue changes to an allegedly struggling game. Yes, poker's growth is stagnating and we're long removed from the boom days. But this is just the point: expecting poker to be what it was from 2003-2006, or even 2007-2011, isn't realistic. As has been stated many times over the last few years, the combination of factors that started the boom in 2003 can't and never will be recreated again.

You especially can't manufacture general interest simply by blocking HUDs, segregating player pools, or forcing shy internet pros to wear cowboy hats and rant like Tony G next time they're on TV. Keep recreational players around a little longer, yes; start another mass movement to the game, no.

The high stakes community seems to be where online poker is suffering the most, mainly due to bumhunting and great players being unwilling to give each other action. Of course, bumhunting is nothing new and it didn't suddenly arise after Black Friday (check the Rounders Atlantic City scene). Perhaps some of the new changes that are being made like eliminating HU tables and implementing automatic table selection could help here.

But as for mid stakes, lower limits and micro stakes, it doesn't seem like there's such a lack of recreational players that these games are suffering terribly. Additionally, major live tournament organizations are still experiencing some success. So while it's great that poker entities are taking a proactive approach to generating interest in the game, the sky hasn't started falling just yet. Instead, we're dealing with an evolving game that's undergone some huge changes from a decade ago.