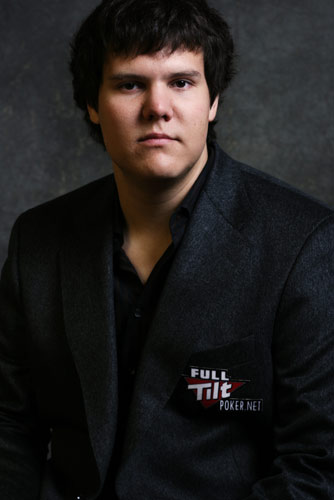 Vicky Coren Mitchell is the first two-time EPT champion in history, and everybody involved with the game should be excited...Coren Mitchell's win has interesting timing, given that a recent CardPlayer piece is re-igniting the firestorm over poker sexism...Once thought to be one of those has-been high stakes players, Niki Jedlicka is showing that the game hasn't passed him by. Check out some of poker's hottest stories in the Weekly Flop.

Coren Mitchell already has a fair amount of mainstream fame in the UK, thanks to hosting the BBC quiz show Only Connect and writing for The Observer and The Guardian. So the fact that she's made poker history is sure to catch the eyes' of casual observers.

We'll stop short of saying that the 41-year-old's victory will start a mini-poker boom in the UK, but don't be surprised to see a few more Brits on the tables. The main point of Strazynski's piece is to find a solution for increasing the small number of ladies in tourney fields. And some of the suggestions that he got from the female panel include the following: discounted rake for women, gender-specific tournament leaderboards, ladies nights, poker classes for women by women, and capped-betting cash games to take aggression out of poker. Also, Selbst indicated that she'd like to see phrases like "bubble boy," "ante up gentlemen," and "may the best man win" not used by tournament directors and the media.

Naturally, these suggestions have been controversial. A lengthy TwoPlusTwo thread has spawned, where certain posters question how offering deals like discounted rake for women and gender-specific leaderboards is fair. The following comment by 'PeteBlow' reflects some posters' opinions, "Huh? I thought they wanted to be treated as equals. Not have special attention....Bless 'em. They can't have it both ways."

Niki Jedlica returns with a Bang after earning $1.6m Like a lot of high stakes players who got in around the boom years, Niki Jedlicka experienced a sharp rise and fall. In 2007, he famously made $4 million in a five-month span under the name 'KaiBuxxe.' Unfortunately, the Austrian followed this up by losing $5.1 million over the next three and a half years while playing on both Full Tilt and PokerStars.

Although he never completely quit playing, Jedlicka had clearly slowed down on his volume and wasn't the same force that he previously was in high stakes. But things have changed lately, with Jedlicka once again emerging in the poker world.

In March, he finished second in the EPT Vienna High Roller and earned $177,616. And earlier this month, Jedlicka dominated online high stakes cash games to the tune of $1.6 million. Couple this with the $850k that he's made at Stars over the past year, and you can definitely see that Jedlicka is back.