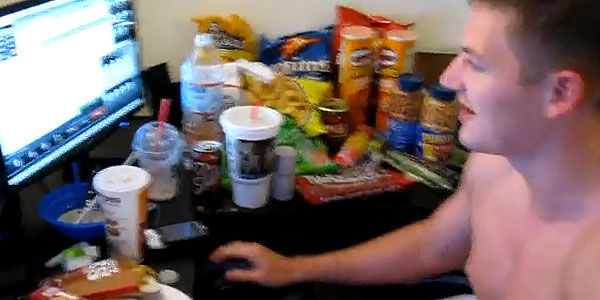 Marcelo 'Urubu111' Freire is no doubt one of the best mid-stakes PLO players in the business. He's also developed a reputation for being one of the games's biggest degenerates, thanks to the fact that he likes to flip stacks for as much as $200k. So put two and two together, and you get a very insane prop bet.

The Brazilian has entered into a prop bet where he'll be trying to play 500,000 hands in 45 days. Do the maths and that's 11,111 hands per day, or an average of 463 for each hour of the day. Besides the astronomical volume that Freire needs to play to win this bet, he must also show a profit at the end while grinding in $1/$2, $2/$4 and $3/$6 PLO games. One more big stipulation is that he can't use the Zoom poker tables to make this bet easier.

Given the insane degree of difficulty involved in playing 500k hands in a month and a half - all while needing a profit at the end - it's no wonder why notable pros are lining up to take the 2:1 odds that Freire is offering. Christian 'charder30' Harder put up $26k, André 'Sira Al Aziz' Santos fronted $10k and SCOOP champ 'DonkPredator' has $6k on this spectacle.


As for Urubu, he's putting up $30,000 of his own money to win a total of $60,000 if he can complete the challenge, which ends in the middle of June. So what are his chances of playing this ridiculous number of hands? According to 'ChicagoJoey,' the prop bet contest judge and another PLO ace, Freire has indicated that he wants to play 1,300 per hour for 8.5 hours a day. This would put him at 497,250 hands after 45 days, meaning he'd just need a little bigger push at the end to meet 500k hands.

Urubu is looking to start out multi-tabling 24 tables, which would definitely get him off to a great start. But as ChicagoJoey points out, the tough part will be showing a profit while multi-tabling 24 tables against mid-stakes PLO competition. So the key may be getting out to a solid lead on the hands volume in 1/2, then switching to 2/4 and 3/6 and trying to make lost money back.

The prop bet has already started, so in June we'll find out if Urubu can play the 500k hands in the allotted time and win $60k, or be $30k poorer.