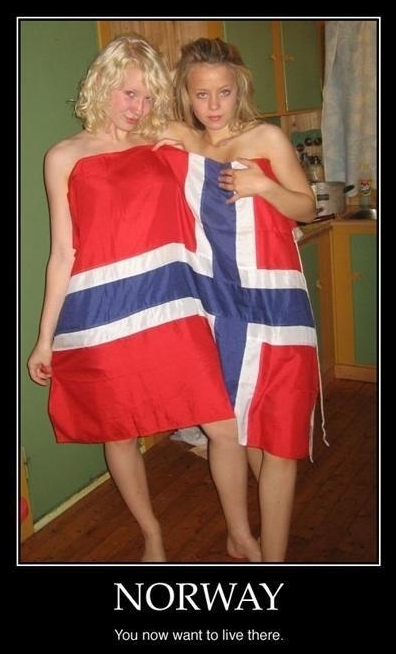 Formerly one of the world's staunchest opponents of live poker, the Norwegian government are currently working towards legalizing the game. And they can do so with even more confidence now since a study out of Norway identifies poker as a low-risk activity.

The University of Bergen conducted a survey of 10,000 people and discovered that poker is one of the safer gambling games available. Researchers found that 4.7% of the participants played online poker, and only 0.2% had wagered more than $4,600 over the past year.


Using the Canadian Problem Gambling Index (CPGI), the University of Bergen were able to determine that poker ranks far lower than other gambling activities in terms of risk. The CPGI, which asks participants to answer 31 questions, ranks games on a scale of 1 to 10 in regard to whether or not they lead to problem gambling.

Internet poker only scored 1.09 out of 10, thus proving to be much safer than land-based bingo (8.33), online bingo (7.14) and "Belago" (6.15). For those who haven't heard of Belago, this game works much like online slots, with the exception that it's played in interactive video terminals.

From an overall standpoint, the study concludes that of Norway's 5.02 million residents, 7.8% are low-risk gamblers, 2.4% are in the moderate category and 0.6% are problem gamblers.

What this means for Legal Norwegian Poker Efforts


Back in February, Norway's Culture Minister, Thorhild Widvey, proposed a 2015 Norwegian Poker Championship. Additionally, casinos and clubs will likely be able to hold poker tournaments by gaining permission from the government.

None of these progressive moves towards legal poker in the country were in jeopardy, even if the study had turned up negative results. But now that the University of Bergen have proved that poker is a pretty safe game, it only inspires more confidence in Norwegian politicians who are working on legalizing it.

Will this eventually mean that the Land of the Midnight Sun will also regulate online poker too? That's a big step from holding a single poker championship and letting casinos host tournaments with permission. However, the positive study at least plants the seed that poker isn't the same as house-banked games like bingo and slots.