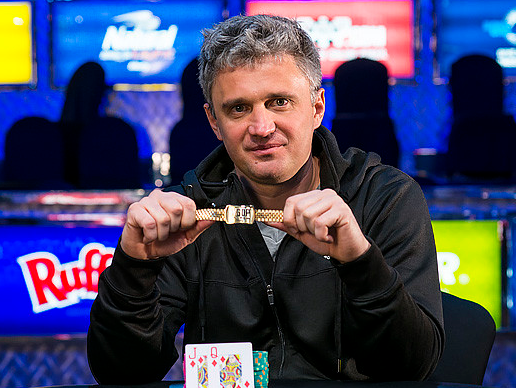 
Despite nearly $3.4 million in poker tournament winnings, Alex Bilokur doesn't look at poker as his money maker. Instead, the Russian is a successful businessman who plays poker as a hobby, looking for titles and bracelets in the process. And he accomplished one of his long-time goals by winning the Event #28 $10k Pot-Limit Hold'em title along with $398,567.


When the final table began in this $2,500 NL Hold'em event, a betting man probably wouldn't have taken Pierre Milan to win. After all, the Frenchman had never ran deep in a WSOP tournament and was one of the shortest final-table chip stacks. Nevertheless, Milan combined good play with perfect timing as he won lots of big pots en route to taking down Event #29 and a $536,738 top prize.

Milan especially excelled during four-handed play since it took him less than an hour to finish off the remaining field. He put an exclamation point on the victory by beating Justin Oliver heads-up in just four hands. So what's his secret to success? "My rail was really helping," Milan said. "It was just like I was home."

With the victory, Milan becomes the first French player to win at the 2014 WSOP. He also runs his career tournament winnings up to $639,599.


Calvin Anderson's first gold bracelet win couldn't have gone any better. He amassed a lot of chips while battling through a 588-player field in this $1,500 7 Card Stud Hi-Lo event. Then he ran through the 8-player final table in just a few hours to win his first gold bracelet and $190,538. "I wouldn't say it was easy, I just ran really good," he said after the victory.