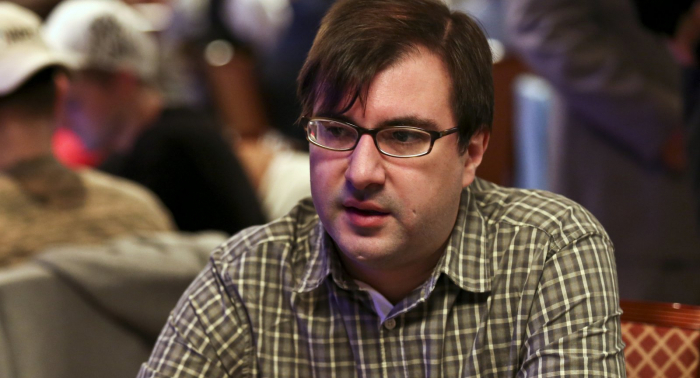 You'd be hard-pressed to find a poker player with more recent WSOP success than Matt Matros. From 2010-2012, Matros won a gold bracelet in three straight WSOPs, becoming just the 10th player in history to accomplish this feat. These three victories alone gave him $948,206 in prize money.

Taking all of this into account, it's no surprise that the Washington Post reached out to Matros when they were looking for somebody to dispense some WSOP tips. And here's a look at three of the best tips that the Yale University graduate has to offer.


Even the best poker tournament pros can't predict when their next cash is coming. Some of the top players have losing years at the WSOP due to bad variance. That said, Matros advises skilled grinders to seek a backer before playing in the WSOP. "Most tournament pros find backers to bankroll their events," he wrote to the Post. "It doesn't matter how high your variance is if someone else is footing the bill. With backers, you can spend your lifetime earning out your EV (or close to it) with much less bankroll stress."

2. Play a mix of large and small tournaments


Continuing with the theme of maximizing positive expected value, it's a good idea to sample different tournaments from the 60-plus events at the WSOP. Going further, players should take shots at the big money in larger tourneys while also playing in smaller events where their chances of cashing are better. "Play the high variance/high value events, but also supplement those events with a lot more events that contain much smaller fields," Matros wrote. "You can earn your EV a lot faster in an event with 600 people than in an event with 6,000 people."

3. Keep yourself Healthy during the WSOP


So many players think that WSOP success is all about what happens on the felt. However, it's hard to stay mentally focused when you're eating fast food, not exercising and drinking excessively. So Matros stresses the importance of remaining healthy during the grueling seven weeks. "Lifestyle tips: Try to stretch during breaks." He added, "Try to eat healthy at least occasionally. Try not to party too hard."

Matros is a guy who's experienced plenty of success on the felt. So by combining his general tips with a strong overall knowledge of poker strategy, you stand a better chance of succeeding at the WSOP.