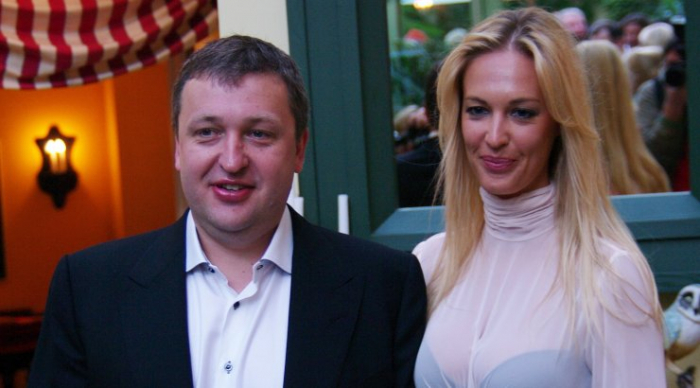 He's emasculated Ralph Perry, won a European Parliament seat, played in the biggest cash games and has become a successful entrepreneur. So what's left for Tony G? Getting married...
Daniel Negreanu has more poker tournament winnings than anybody in history. But unfortunately, this doesn't earn him much respect in the online poker world...
Phil Galfond has played in some of the biggest online poker games in history. So players in PokerStars' $109 Sunday Rebuy were shocked to see the famed pro winning their favorite event. Read more on these stories in the Weekly Flop.


Tony G has never had the best manners at the poker table, nor will he ever be mistaken for an underwear model. But having ambition, a charismatic personality and an estimated $36 million fortune will get you far with the opposite sex. Case in point, Tony G recently married his fashion model girlfriend Aiste Slapokaite.

The couple tied the knot in Vilnius, Lithuania, and Tony couldn't be happier, expressing his joy with the following words:

I have searched for my other, better half for a long time and finally found her in my home country. We have tested each other during our two-year relationship, and I can easily tell that my wife is a wonderful person - wise, understanding, supportive, warm, sensitive, accepting me with all my weaknesses. I wish all of you to not get tired looking for the right person. Because it is so good to find somebody to be with in your life.

Life is definitely good for Tony G these days. He recently won a seat in European Parliament, he owns PokerNews and TonyBet, and he now has a hot model for a wife. Not even Jamie Gold or Jerry Yang ever ran this good.


Any famous poker pro on TV is putting their play under a microscope. So it should be little surprise that Daniel Negreanu's recent appearance on ESPN's Big One for One Drop coverage drew some criticism. After finally hearing enough, he tweeted:

If people don’t negatively criticize and critique your poker play then you aren’t doing enough to think outside the box and be creative.
Then somebody challenged Negreanu by tweeting that he isn't good enough to beat $25/$50 6-Max online cash tables. After some back and forth exchanges, Negreanu ended by tweeting that he could become a winning 25/50 player in two weeks:

@TyRaeL_88 @danielmerrilees I couldn't be any more serious. 2 weeks. 5 hours playing, 4 hours studying numbers daily. Would bet a million.
This is a pretty short time frame to whip yourself into enough poker shape to beat 25/50 online games. But then again, this isn't just anybody we're talking about - it's Negreanu, the guy with almost $30 million in live tournament winnings. It's definitely possible that he could beat 25/50...the question is, though, how long would it take?


Phil Galfond has had a rough year in online poker, dropping about $1.3 million up to this point. But have things really gotten so bad that he's forced to play low and mid-stakes tournaments now?

We highly doubt it, and even if this were the case, he'd find a high stakes backer in two seconds. Still, it was quite interesting to see the famed poker pro playing a $109 buy-in Sunday Rebuy tournament at PokerStars. And he showed these amateurs what it's like to play against an elite pro as he ran through the 809-player field and grabbed the $45k top prize. Of course, this is pocket change to a guy who has nearly $7 million in online cash profits.

So again, why would he be playing this event? Looking to regain his passion for poker? Or is this akin to a big-time jock picking on the low-stakes nerds? Whatever the case may be, we don't expect to see Galfond toiling in these mid-range buy-in tourneys too often.