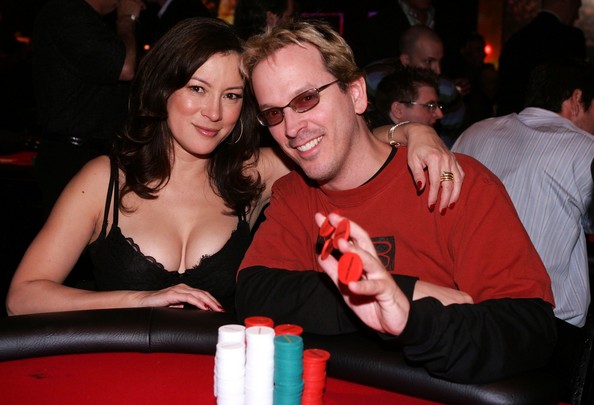 Many poker players are aware of well-established records like Daniel Negreanu's $29.8 million in live tournament winnings and Antonio Esfandiari's single tournament prize of $18.35 million. But not everything is about money (even in poker), and there are some other amazing feats to be found in the game. That said, let's look at five interesting poker records that the Guinness Book of World Records has recorded.


Leading up to this record, Phil Laak had often talked about playing marathon poker sessions that lasted for two or three days. And Laak really proved that he wasn't just blowing smoke by playing the longest session ever in June of 2010. Setting out to beat Paul Zimbler's mark of 80 hours, the 'Unabomber' not only outlasted this record - he smashed it by grinding for 115 straights hours!


PokerStars is in a category all by themselves with regard to the biggest online poker tournament. Stars has set this record several times, only to try and up the ante on themselves. Thus far, their best mark remains attracting 225,000 players to a $1 buy-in tourney that was held on June 16th, 2013. PokerStars never remains complacent so don't expect this mark to remain etched in history for long.

3. Bertrand Grospellier - "Most Online Poker Tables played in One Hour"


These days, Bertrand Grospellier is much better known for his live tournament exploits - boasting $10.84 million in winnings and a "Triple Crown." But Grospellier is also a freak when it comes to online poker too, as he proved by playing the most tables in a single hour. In front of a crowd in Monte Carlo, the Frenchman played 62 SNGs with $6.50 over the hour-long session. And he completed the requirements for the record by finishing with a profit.

4. PokerStars - "Most Players at an Internet Poker Room"


Stars makes the list again for having the most total players on a poker site at once. On September 6th, 2009, there were 307,016 players logged on PokerStars at one point. Perhaps nailing this record served as a good exercise for the aforementioned largest-tournament record.


Much like Grospellier, Lew is a very proficient multi-tabler. And he showed the world at the PokerStars Caribbean Adventure by playing an incredible and taxing session of online poker. While grinding on anywhere from 25 to 40 tables simultaneously, Lew managed 23,493 hands in eight hours - just under 3,000 hands an hour! This one was a real nail-biter, though, because Lew had to finish with a profit. He barely managed to do so after netting $7.65, which required moving up to $5/$10 after he was down $1,200 at one point.