Is Multi-tabling Messing With Your Brain? 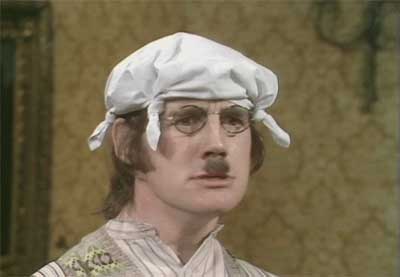 Last year, online poker legend Dusty 'Leatherass9' Schmidt wrote a popular blog post about what multi-tabling for 8+ hours a day was doing to his brain. One choice quote from the post includes, "I was told [by my doctor] that if I choose to play online poker as a full time career, I will likely die of a stroke before the age of 50."

Citing the work of Schmidt, poker-pro-turned-writer Haseeb Qureshi recently wrote his own post on the matter. And Qureshi also comes to the conclusion that there are some negative consequences to mass multi-tabling. Below you can see main points from his thoughts on playing multiple tables.


Qureshi writes that 12-tabling six-max cash games at PokerStars became his daily habit in 2007. But while this increased his poker profits, he also couldn't sit through a two-hour movie or finish a book because he lost focus too quickly. After Qureshi quit playing poker three years ago, his troubles with focusing largely went away.

There's No Way to tell Exactly what Multi-tabling does


Due to a lack of concrete studies in multi-tabling's 10 years of existence, Qureshi believes that there's no way to tell what it really does to the mind. Furthermore, he admits that "the causation could be more complex" than just multi-tabling. Perhaps even an internet addiction combined with playing many tables simultaneously wreaks havoc on the brain.

Multi-tabling may cause Players to become Easily distracted


Citing a 2009 study by Stanford University, Qureshi explains that heavy multi-tasking, such as playing multiple poker tables, can make it far more difficult for people to focus. Here's an excerpt regarding the study:

It's Not All Bad


Qureshi also sheds some light on the potentially positive effects of multi-tabling too. He writes that people suffering from cognitive decline have experienced benefits through internet browsing or playing the real-time strategy game Starcraft. He also hypothesizes that the brain can adapt to multi-tabling in a positive manner, just with a more "narrow band of behavior."

Does this mean you should stop multi-tabling?


Judging from Qureshi and Schmidt's experiences, it's clear that they've gone through some unwanted side effects of multi-tabling. But keep in mind that these are extreme cases of players who spent hours in front of 10-12 tables every day. The average recreational player who grinds on 2-3 tables for a couple of hours isn't going to risk a stroke or lose focus so easily. Even Qureshi concludes in the end that not every multi-tabler needs to quit poker, as you can see in the following excerpt:

Dusty 'Leatherass9' Schmidt concluded in his infamous blog post that quitting poker was the only option left to him. But that doesn’t mean that all multitablers need take such drastic steps. In fact, a lot of research suggests that there are some ways to buffer against these ailments.