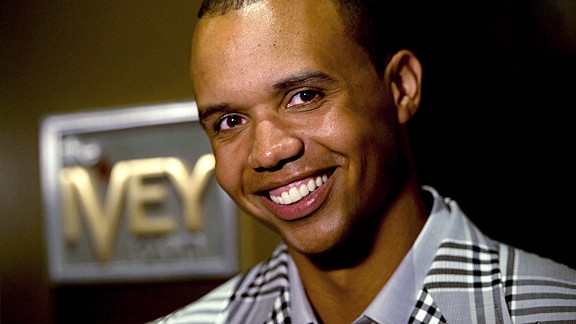 The Seminole Hard Rock Poker Open was one of the biggest tournament success stories of 2013. However, the tourney took a major step backwards this year... Chess and poker share some similarities, but big prize money is not one of them. The launch of a $1 million chess event may change this, though... Phil Ivey is still celebrated as one of the world's top poker pros, however, he'd better start improving his online results if he wants to keep this status.


Last year's Seminole Hard Rock Poker Open (SHRPO) was a massive success, boasting 2,384 entrants and an $11.92 million prize pool. Given the results of 2013, SHRPO organizers were feeling pretty confident again by offering a $10 million guaranteed prize pool this time. However, their confidence was repaid with a $2.5 million overlay.

We're not sure what the record is on the biggest tournament overlay, but this one has to be up there - if not the largest overlay ever. The players no doubt loved this since they got massive EV on their $5,300 buy-ins. However, it was definitely bad news for the Seminole Hard Rock Casino.

Scheduling seems to be the big culprit here since SHRPO ran on the heels of EPT Barcelona and at the same time as the Playground Poker Club (Canada) and Winstar (Oklahoma) tournaments. It also didn't help that SHRPO kicked off during Labor Day weekend in the US, when many people are on vacation. Now the big question remains what the guaranteed prize pool will be for next year's SHRPO.


There are many parallels between chess and poker. They're both skill games, they both require dedication, and there are a number of people who play both games well - namely Almira Skripchenko, Jen Shahade and Ylon Schwartz. Now we can add another link between the two games with the announcement of the "Millionaire Chess" tournament in Las Vegas.

With a $1 million guaranteed prize pool, this event is expected to draw over 500 players from around the world. And a massive overlay is imminent because the buy-in is only $1,000. Amy Lee, an entrepreneur from Vancouver, and Maurice Ashley, the only African-American chess grandmaster, don't seem to mind taking a loss on this event. "If we only lose $200,000, we'll be dancing in the streets," Ashley told the New York Times.

Lee said, "In order to bring sponsors in, you have to make chess exciting, you have to make it fun." We're not expecting Millionaire Chess to ignite anything close to the Poker Boom. However, with big guaranteed events and continued promotional work, perhaps the game will see a major status increase within the coming years.

Under his 'Polarizing' account, he's lost $2.4 million so far in 2014. Dating back to November of 2012, Ivey has lost $5.1 million at Full Tilt Poker. Neither of these marks are the worst, with Gus Hansen having the most losses this year with $4.96 million, and most losses all time with $19.84 million. But it's still quite surprising to see the man whom many called the world's best player struggling so badly.

Can we expect a comeback in the future? Maybe, but Ivey will have to be more consistent with the time that he puts in on the virtual felt. He often stops playing online for months, only to make a comeback every now and then. Even if Ivey doesn't pull his Polarizing name out of the hole, though, he still has $14 million in overall online poker winnings when his pre-Black Friday winnings are taken into account.