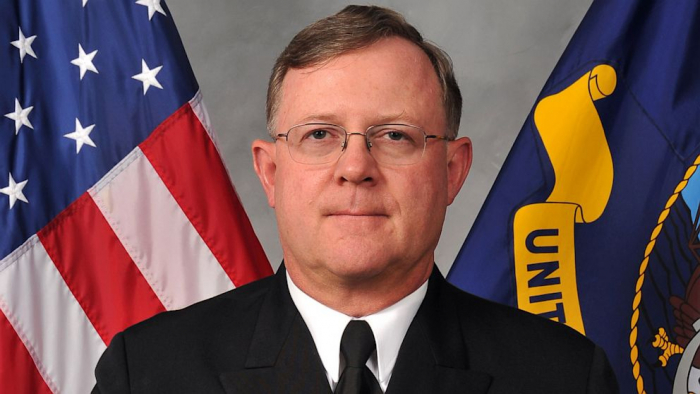 After a decorated career in the US Navy, you'd think the last thing on Navy Rear Admiral Timothy Giardina's mind would be cheating in poker. Nevertheless, the 35-year Navy veteran was caught using counterfeit $500 chips inside of Iowa's Horseshoe Casino earlier this year. He was found guilty of poker cheating and fined $4,000 and demoted from his 3-star Admiral position.

As Giardina's original story goes, he found three $500 chips in a Horseshoe Casino bathroom. He told the floorman that he'd give the chips back if anybody claimed them, only to later use them in a poker game. Casino officials later discovered that the chips were actually worth $1 and traced them back to Giardina. When presented with the evidence, he initially lied by saying that he bought the chips. But as it turns out, this might not be the only lie that Giardina told about the matter.

Giardina may have made the counterfeit chips himself


According to a recent Associated Press report, he may not have innocently "found" the counterfeit chips as previously stated. Instead, investigators claim that his DNA was found on the underside of adhesive stickers used to make the $1 chips look like $500 chips. The fake chips were discovered because the stickers covered up a security chip that's only visible under ultraviolet light.

Giardina is described in the new report as a "habitual poker player" who would spend 15 hours a week playing at the Horseshoe in Council Bluffs, Iowa - just 15 minutes across the Missouri River from the Omaha-based nuclear bomb arsenal where he was stationed.


Giardina was said to be at the Horseshoe Casino so much that staff recognized him and gave him the nickname "Navy Tim." Even after being busted for the fake poker chips, the Naval officer "continued to come in and gamble on a regular basis."


According to the AP report, Giardina had this bit of wisdom to offer to a casino security agent when discussing the lie-detector tests given to officers who hold security clearance:
(What) they're really trying to do is find out if you got, you know, if you're having sex with animals or something really crazy or you've got this wild life that you could be blackmailed into giving military secrets out.


What kind of guy risks a job where he's making over $14,000 a month to cheat in poker and try to earn a few hundred more? Maybe a guy who was seen by casino officials taking cigarette ends out of public ash trays and smoking them.

Following the poker cheating scandal, Giardina was relieved of his 3-star Admiral duties and sent to a 2-star desk job in Washington. At this time, it's unclear if the recently released information by the AP will cause any further detriment to his military career.