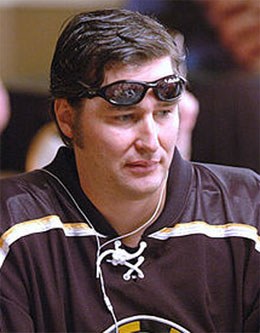 Some of the world's biggest poker cash games take place at Macau's StarWorld Casino and Las Vegas' Aria (Ivey Room). But Chamath Palihapitiya's home poker game could give these two venues a run for their money, at least in terms of prestige.

The level of competition is high


Anybody thinking that this Silicon Valley poker outing is full of billionaire fish throwing their money around would be sorely mistaken. "It was meant to basically put together 9 or 10 of the most competitive people in Silicon Valley and play poker," Palihapitiya tells Business Insider regarding his poker game. "Once you get this competitive group of people together on the same table, it's super fun."

Even Phil Hellmuth struggles in this game


To illustrate how tough the players are at Palihapitiya's home, even Hellmuth has difficulty in making profits there. Hellmuth admits that he merely broke even during his first three years of playing with these Silicon Valley billionaires. "In general, great businessmen are great poker players," says Hellmuth. "There's a reason these guys made so much money in the real world. Those skills translate to poker."

Although the stakes aren't quite at the level of the elite StarWorld and Aria games, some five-figure pots do occur at Palihapitiya's house. And the group plays so long that the action sometimes lasts long past 2am.

Palihapitiya finds that many poker skills relate to business


The Social+Capital founder sees definite parallels between poker and running a business. He offered Business Insider some aspects that connect the two pursuits, with the most notable being "overcoming adversity."

A Canadian immigrant who grew up on welfare, Palihapitiya is a true rags-to-riches story, having been AOL's youngest-ever VP (age 26) and served as an early Facebook executive. So he sees being dealt bad poker hands as similar to being born into terrible life circumstances. Palihapitiya also explains that "Learning from Mistakes" is important in both poker and life. "When you misplay your cards and lose a big hand, it's an unbelievable moment of learning," he says. Palihapitiya adds that players/businessmen should also understand when they win by sheer luck, then work to improve when faced with the same situation later.

We can only assume that Palihapitiya keeps some of his tips to himself. After all, he wouldn't want to reveal everything on how he consistently beats his business rivals and walks away with the most chips from his home poker games.