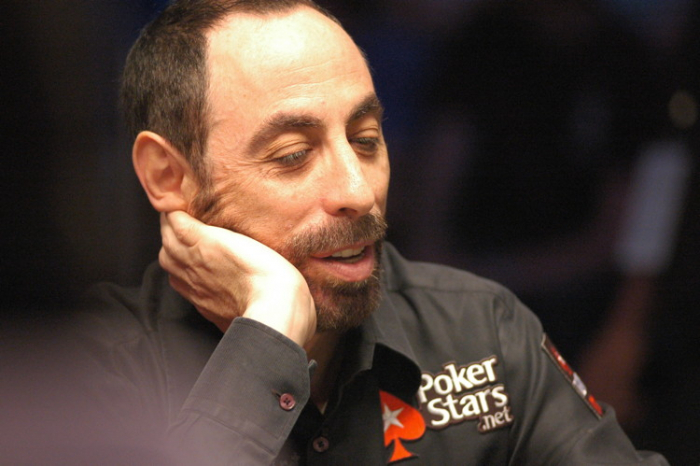 Having played in some of the world's biggest high stakes cash games and earned over $8.8 million in tournaments, you'd think that Barry Greenstein would be above a play-money poker tourney. But every weekend, Greenstein has been grinding in the PokerStars "Sunday Billion" - the tournament that costs 1 million play-money chips to enter and offers a prize of 1 billion play chips.

Not as easy as it looks


It only makes sense that poker gets tougher as you increase the stakes. After all, those who've studied the game the longest/hardest are usually the ones grinding for the most money. That said, some might think that winning a couple Sunday Billion tourneys with fake money on the line is only mildly impressive.

But for a well-known pro like Greenstein, these games are completely different than what he's used to. Remember, the 59-year-old has played on High Stakes Poker and competed in the biggest games at Bobby's Room (back when this was elite). So it's not exactly easy for him to step on to the play-money felt against a bunch of amateurs who are playing with nothing to lose.

Another thing to consider is that these players are all looking to bust Greenstein just to say they knocked out a famous poker player. So this adds another element of difficulty in regard to him winning. Lastly, the field size in the last Sunday Billion was 938 players, which isn't exactly a walk in the park - no matter what the level of competition may be.


Nicknamed the 'Robin Hood of Poker' for his charitable contributions, Barry Greenstein has definitely been a positive influence on the game. And this sentiment has leaked over to the play-money tables, where Greenstein's participation really thrills players.

"People continually thank me for playing with them when I play in play-money games," he said following the first victory. "They are serious recreational players and wouldn't ever have a chance to play with a professional player if some of us didn't take some time to play in events like these."


So how does a guy like Greenstein, who's accomplished so much in the poker world, motivate himself to compete for fake money? According to him, the best philosophy is to view it like a video game.

"It's always fun to win when you've conditioned yourself to be a successful poker player," he explained. "Of course I realize it's not real money but you can sometimes just view online play, whether for cash or for fun, as playing to get bigger numbers on the screen than your opponents, which is kind of like playing a video game."

If you'd like to get bigger numbers than Greenstein, you can find him grinding in the Sunday Billion at PokerStars. But beware: he's not going to be easy to beat, as his two recent titles suggest!